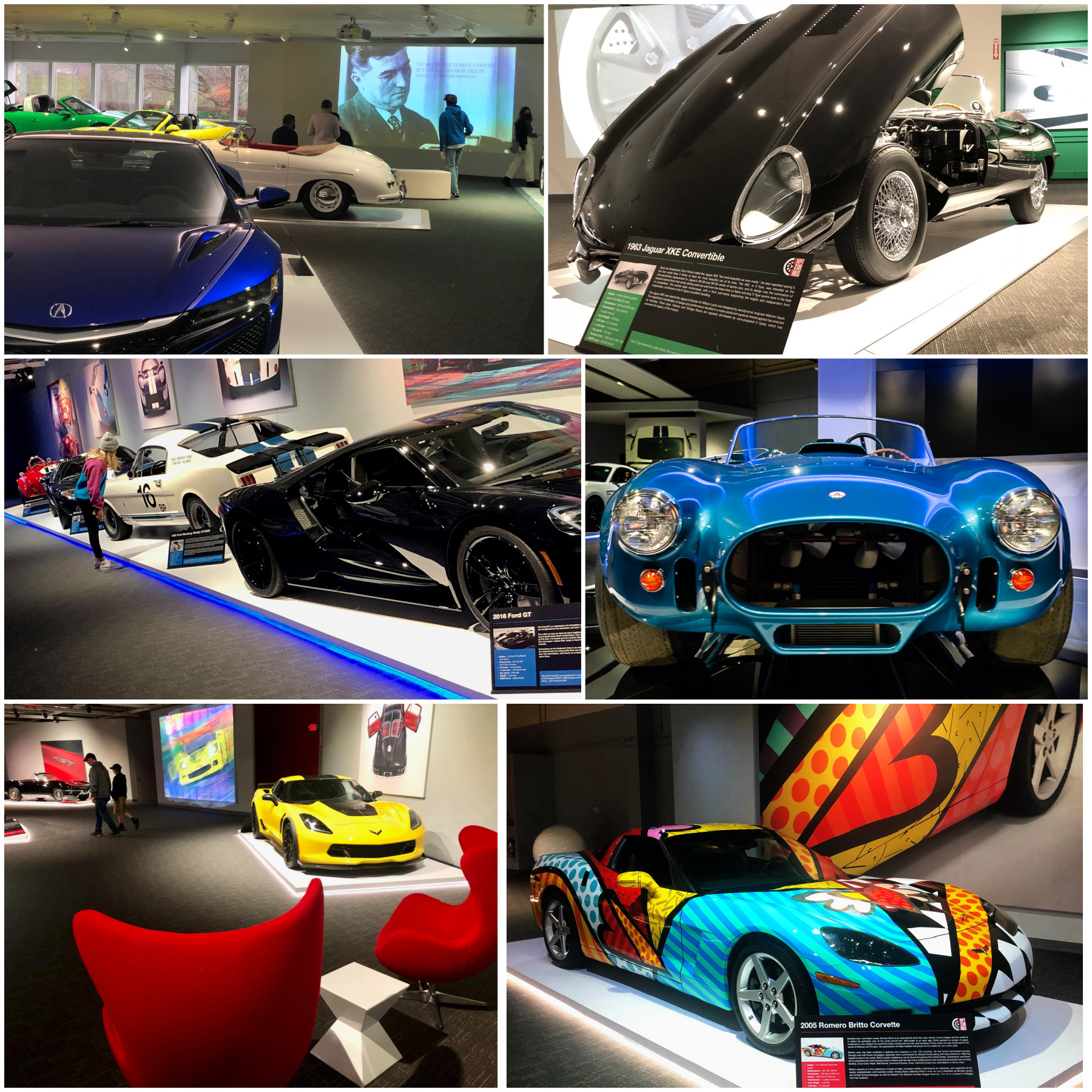 Posted at 13:51h in Happenings by Kyle Furtado

PORTSMOUTH, R.I. (February 1, 2021) – When Brazilian artist Romero Britto applied his signature pop-art graphics to all visible surfaces of a sleek 2005 Corvette, he had no idea the car would wind up in one of the coolest galleries in the United States. The piece has taken its place among more than 75 cars that are likewise works of art at the Newport Car Museum in Portsmouth, R.I. Specifically, the one-off Britto punctuates a 10,000 sq. ft. space devoted entirely to a grand display of Corvette models representing every generation of the marque, from the 1954 Corvette Convertible (C-1 series) to the 2019 Corvette ZR1 (C-7 series).

“This is a place designed to wow people, whether they are car lovers or not,” said Newport Car Museum owner Gunther Buerman, noting that – like the Corvettes – Mopars, World Cars, Fin Cars, Ford/Shelbys and American Muscle Cars each occupy their own expansive dens within a total of 80,000 sq. ft. of Museum space. “During contentious political times, it has been a place where no one talks politics, and during the Covid-19 pandemic, it has been somewhere for people to go and lose themselves for a bit, to feel safe and have fun.”

Allowing plenty of room to social distance and exchanging inside air for outside air every 40 minutes, the Museum educates its visitors on the “art of the car” in ways no other automobile museum has attempted. Cars are displayed on platforms and turntables with no barrier ropes, so no detail goes unnoticed by the most curious of observers. Staged under theatrical lights, the cars are surrounded with specially commissioned artwork and seating areas that strike the senses with curvaceous shapes of chairs and sofas from a significant collection of Mid-Century Modern furniture. All the while, piped-in music pays homage to more than seven decades (1950 to 2020) of automotive history represented by the exhibits.

“It’s an incredible facility and a wonderfully curated collection,” said Ryan Keough, Director of Development for the American Heritage Museum in Hudson, Mass. “Well done on all accounts…especially the multimedia work incorporated into the galleries. The production values are excellent, and the content truly helps connect the artifacts (cars) with the history.”

A silver lining of dealing with Covid-19 and its associated restrictions on travel has been the Newport Car Museum’s laser-beam focus on creating a happy place that is as much its own destination as it is a must-see on the way to Newport, R.I., an ever-popular tourist town located just minutes away from Portsmouth. Last Spring and Summer, Food Truck events with live music were staged on the 17-acre grounds of the Museum, introducing thousands of new people to the Museum’s unique offerings, which many have claimed are as rewarding as those of Newport’s famous Gilded-Age mansions. The Museum also began producing an amusingly clever series of videos that indulge in the history of different cars on display there.

For 2021, the Newport Car Museum plans to keep up the pace, also adding to its schedule some new-model reveals (such as the one in December that saw Bentley of Boston present the new Bentayga SUV); several car shows (such as Factory Five, New England Wrapup and Mass. Cruisers, all seen here in the past); special marque celebrations; and unveilings of new acquisitions for the Museum’s collection (a volcano orange 2014 McLaren P1, black 2019 McLaren Senna, and Viper Green 2018 Porsche GT2RS top the list).

The Newport Car Museum experience also includes a turn at one of six driving simulators (temporarily closed during COVID); browsing at a large gift shop stocked with eclectic findings; monthly “Hoods Up” weekends where engines in every one of the Museum’s cars can be admired; and club driving events that bring together exotic or otherwise special cars and their owners in the Museum’s expansive parking lot.

Within 18 months of its 2017 opening, the Newport Car Museum was included in USA Today’s “Top 10 Best New Attractions” and named Yankee Magazine’s “Best Specialty Museum.” It has earned Trip Advisor’s Certificate of Excellence and Travelers’ Choice designation for 2020 and has won an award from the National Association of Automobile Museums for its originally produced historic videos. The Mid-Century modern furniture pieces that have been integrated into the artistic stylings of the Museum are by iconic designers such as Charles and Ray Eames, Florence Knoll Bassett, Arne Jacobsen and Hans Wegner.