The Newport Car Museum opened in mid-2017 in a former missile manufacturing facility situated on seven acres of land in Portsmouth, R.I. Since, it has won numerous awards and the favor of large audiences typically reserved for museums with longer histories. Recently, Hemmings Motor News – the car collector’s Bible – called it “a notable addition to the classic-car world.”

The private collection of some 75+ automobiles at the Newport Car Museum focuses on seven decades of modern industrial automotive design and celebrates cars as works of art. From the 1950s to the present, separate exhibits of Ford/Shelby Cars, Corvettes, World Cars, Fin Cars and Mopars and American Muscle: “Then & Now” have been carefully curated to appeal not just to grandfathers, fathers and teenage sons but to men and women of all ages.

They reflect a time when artists who likely would have been the great sculptors in the Renaissance Age became stylists, designers and industrial engineers for the Big Three American auto manufacturers and leading European companies such as Jaguar, Porsche, Mercedes Benz and BMW, perhaps enjoying more creative freedom than will ever be experienced by their counterparts today.

There is something educational and inspirational to be gained by all who immerse themselves in the wonder, history, design and beauty of these vehicles as well as the eclectic Mid-Century furnishings that echo the personality of these eras and further enhance the modern design experience at the Newport Car Museum. 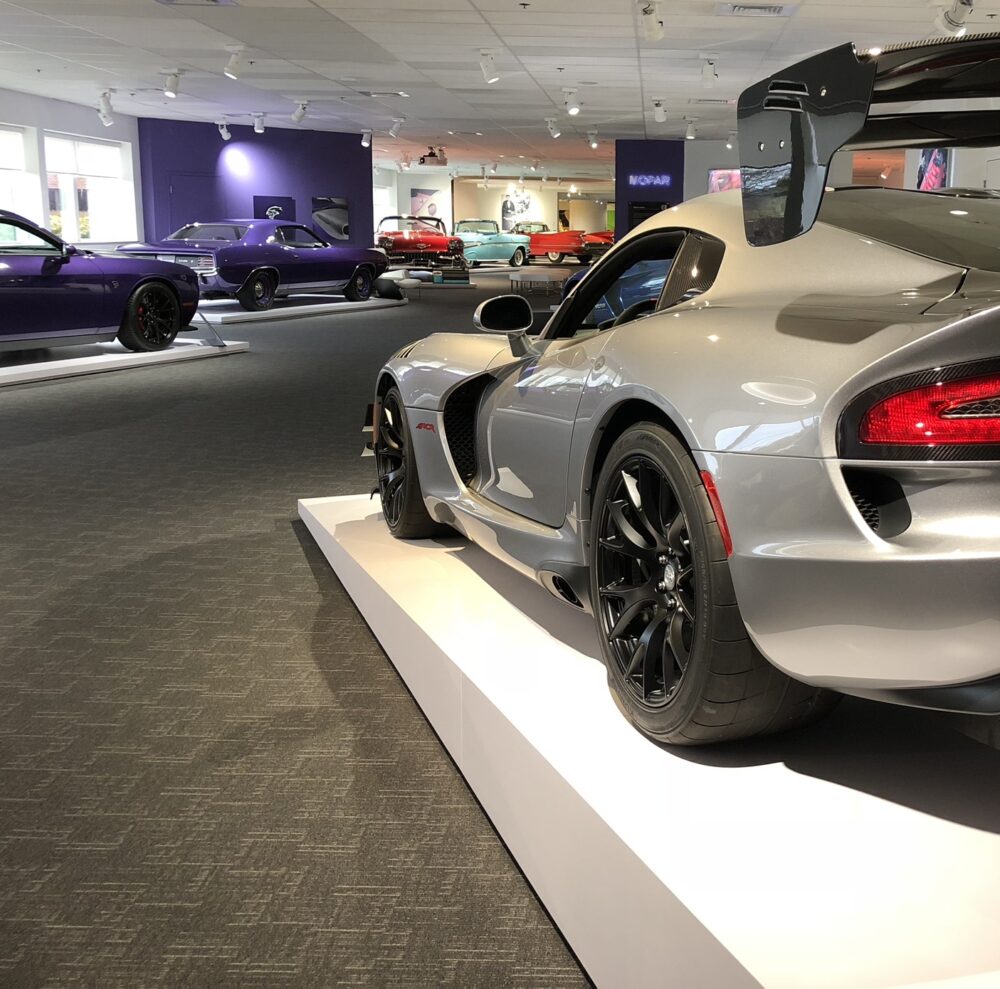