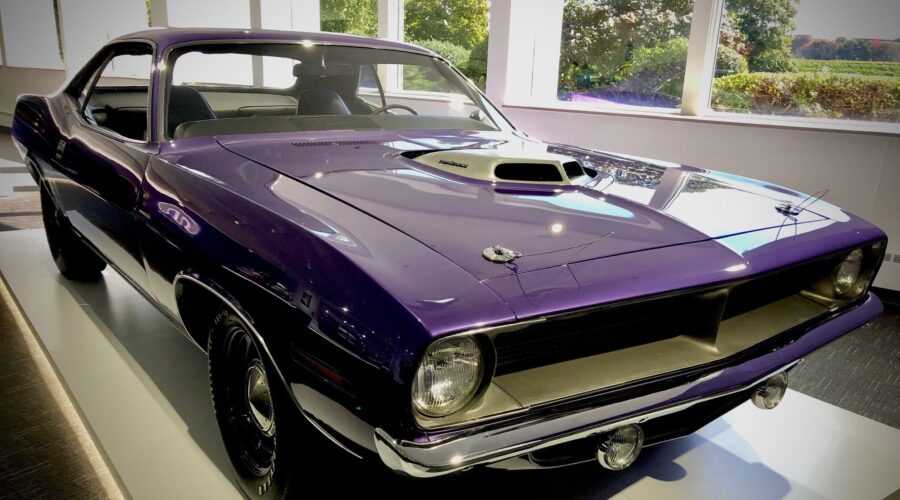 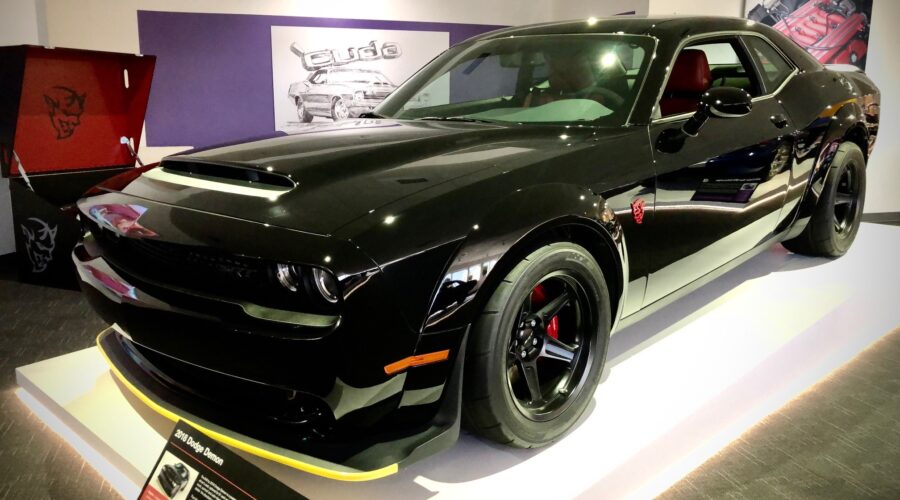 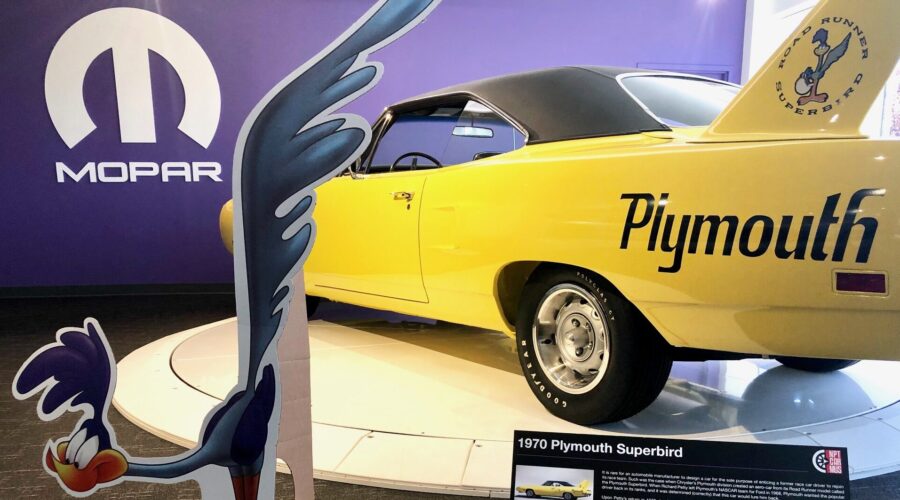 Mopar (short for “Motor Parts”) represents Chrysler Corporation’s always-present design and engineering competition with Ford Motor Company and General Motors. The six cars in this exhibit epitomize the company’s corporate philosophy, based on providing Americans with the most powerful and highest performing street cars to distinguish itself from those other manufacturers.

As one of America’s most powerful street car, the two-seat Dodge Viper, which was a recreation of Carroll Shelby’s Cobra and a beast of a car with a high horsepower-to-low-weight ratio, gets the nod in this exhibit with

various models, including a 1995 first-generation version and a 2008 fourth-generation, in which the horsepower was boosted to 600. The lineage of these cars sadly ends with the 2017 ACR model, which also has been acquired for this collection.