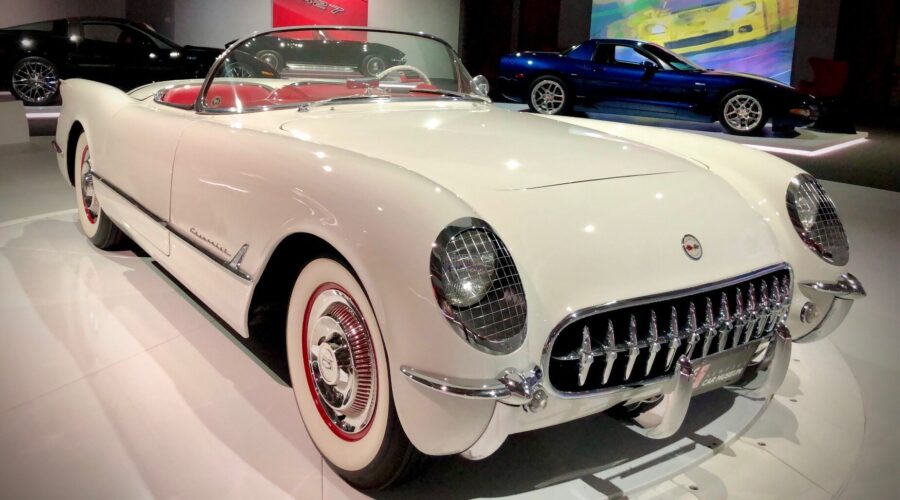 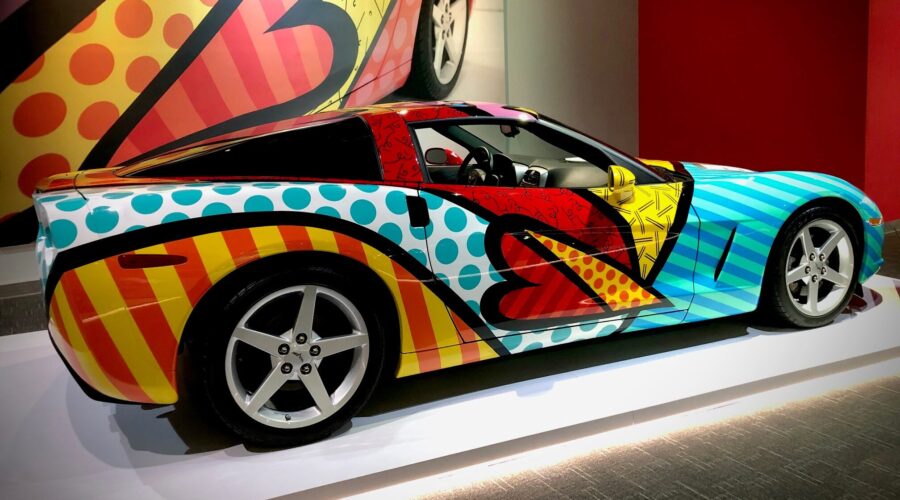 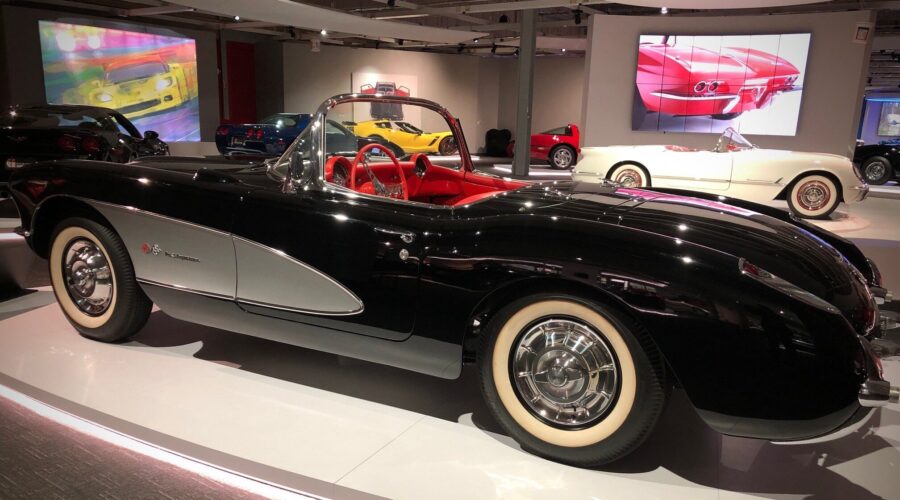 No other car fits the mold of American automotive art as much as the Chevrolet Corvette, aptly named “America’s Sports Car”. In fact, many aficionados believe the lines of the 1954 Corvette, one of the earliest models in the C-1 series and a standout in this exhibit, rival in beauty to those of the Ford/Shelby exhibit’s 427 SC Cobra.

Each iteration of Corvette chosen for this exhibit showcases an intriguing development, thus providing a nexus for the car’s historical evolution. Starting with a 1954 convertible (C-1 series), the grouping also includes a fuel-injected 1957 Corvette as well as a split-window 1963 model that recalls a time when General Motors, which built five Corvette Grand Sport race cars with 377 CID 550 hp engines off that design, bested the then-dominant 427 Cobras at Nassau Speed Week.

Among the Big Block Corvettes in this exhibit are a 1967 (C-2) and 1969 (C-3) with a 427 engine officially capable of 435 hp (unofficially, 550 hp). During the 1970s and ‘80s, due to the Arab oil embargo and governmental regulations, Corvettes were sapped of their horsepower, but 1990 marked the return of performance with the dual-overhead cam, 32 valve all-aluminum Mercury Marine-built small block engine of the ZR1 (C-4), also in this exhibit.

All of these cars are included in this exhibit, along with a 2016 C7.R, one of 500 produced, sporting Corvette Racing team colors. And we are awaiting the new C-8 Mid-Engine Corvette to keep the collection current.