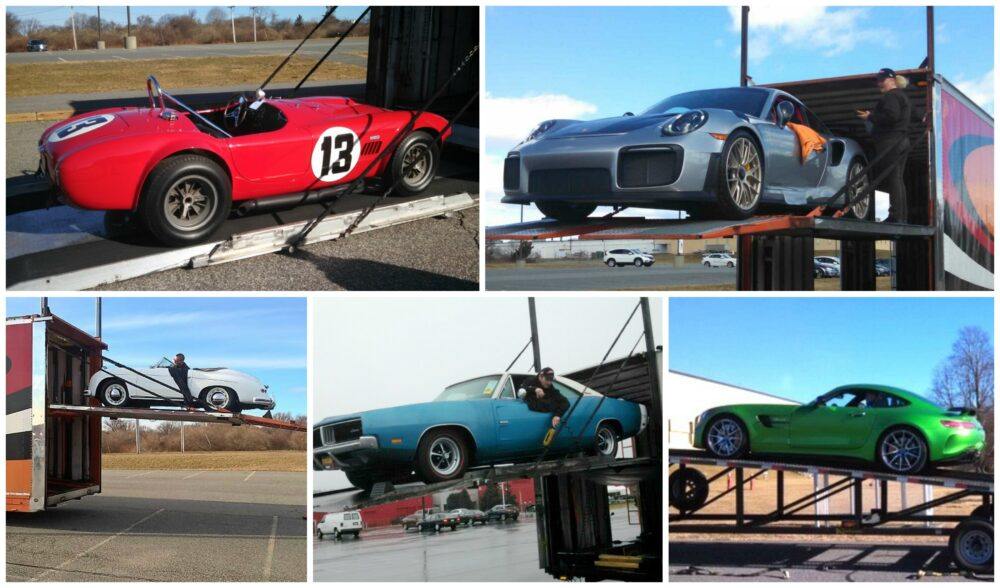 Posted at 11:16h in Happenings by Ryan Binger

The Newport Car Museum in Portsmouth, R.I. will celebrate its second anniversary on June 1 with eight new additions to its private collection of over 75 rare, stunning and exotic cars.

“At first we were adding five cars, but all of a sudden it became eight,” said Founder Gunther Buerman, “so we decided to reveal them all on our anniversary date instead of unveiling them one by one.” Buerman explained that he and his wife and Co-Founder Maggie Buerman are constantly looking for ways to keep the Newport Car Museum fresh and exciting for its members and visitors. “Earlier this year, we added a gift shop and improved the flow between the Mopar Gallery and the American Muscle Gallery by opening up a wall between them,” he said. “We are always adding fun things like, most recently, a six-foot-tall K’NEX ferris wheel in the gift shop and a Road Runner cutout that sits next to our 1970 Plymouth Superbird.” (The Superbird has well-known Road Runner graphics and a horn that mimics the cartoon character’s “beep, beep” sound.)

New Cars to be presented:

● 1886 Benz Patent-Motorwagen: “The World’s First Motor Car” (World Car Gallery) – The original vehicle, built in 1886, was the first successful car built in the world. The Museum’s reproduction was made by Mercedes-Benz and is an extremely accurate recreation of the original. Gunther Buerman had always heard stories about it while growing up in Mannheim, Germany where the car was originally publicly introduced. In fact, as the story goes, his mother’s great uncle helped to develop the car with Karl Benz. Interestingly, Benz’s wife Bertha financed the car’s development and became “the first woman driver.”

This is the only car that falls outside of the Museum’s scope of featured models from post-WWII to the present day.

● 1956 Porsche 356a Speedster: “the Bathtub Porsche” (World Car Gallery) – The Speedster holds a special place in Porsche history, not only as a sales success but also as an icon of minimalist automotive design. Prized for its excellent build quality, aerodynamics and racing performance, the 356a Speedster remains today one of the most desirable of all Porsches.

● 1964 Full Factory Competition 289 Cobra (Ford/Shelby Gallery) – This car, number CSX2430, is one of 32 full-race specification factory cars prepared by Shelby American for the Ford Company. It was initially raced by driver Tom Payne, who acquired the nickname “Gentleman Tom” for once racing it in a Glen plaid suit. Despite its extensive racing history, this Cobra 289 has suffered no significant damage over the decades. In 1985 it was restored, and for the next 25 years it remained on display at the famous Shelby American Collection in Boulder, Colorado.

● 1969 4-Speed Hemi Dodge Charger R/T (Muscle Car Gallery) – From the beginning of its launch in 1966, the Dodge Charger could be had with the almighty 426 Hemi engine, and with the Muscle Car Market in full swing, Mopar fans rushed with enthusiasm to purchase it. The

1968 version of the Dodge Charger is famous for its role in the exciting chase scenes in the 1968 movie Bullitt with Steve McQueen and the Viggo Mortensen version of Vanishing Point, released in 1997.

● 1971 DeTomaso Pantera (Ford/Shelby Gallery) – The Pantera combines Italian exotic sports car styling with a reliable, potent 351 CID Cleveland Ford V8. This car is one of the earliest Panteras imported into the United States and sold through Lincoln-Mercury dealers. It is painted in the original factory color: Grabber Blue.

● 2018 Mercedes-Benz AMG GT R Coupe (World Car Gallery) – Known as the “Beast from Green Hell,” the Mercedez-Benz AMG GT R has sinister aesthetics and adrenaline-pumping performance to match. When it was first introduced it broke prior lap records posted by production cars at Germany’s Nurburgring Race course, which was nicknamed “The Green Hell.” Appropriately, the factory paint color of this car is Green Hell Mango.

● 2018 Porsche 911 GT2 RS Weissach (World Car Gallery) – In Porsche’s 911 hierarchy, the GT2 nomenclature is reserved for its most ferocious models. This car is the fastest and most powerful production 911 ever built and currently holds the lap record for production cars at Germany’s Nurburgring racecourse – the definitive test for supercars. As the ultimate Porsche 911, the GT2 RS with the Weissach Package follows in the tire tracks of the automaker’s other showcase cars such as the 959, 996 GTI, and the 918.

● 1970 Chevelle 454 LS6 4-Speed (American Muscle Gallery) – With 450 hp and a 454 CID solid lifter engine that cranked out 500 ft-lbs of torque, this “King of the Streets” Muscle Car was the highest powered Chevelle manufactured in the model’s lifetime (1964-1977) and the only production GM car to have a higher horsepower rating than the Corvette.