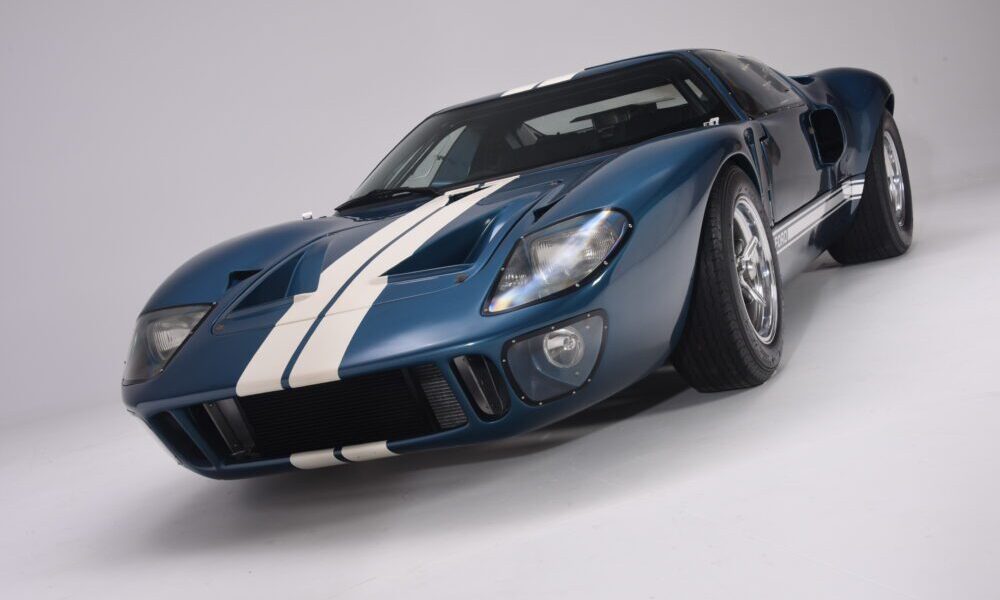 This highly-accurate recreation of the 1965 Ford GT40 was built exclusively for filming the 2011 movie Fast Five, the fifth installment of The Fast and the Furious movie franchise. It was featured prominently at the start of the movie during the train heist scene.

The Fast Five Ford GT40 is a finely crafted and exceptionally faithful recreation of a specific car, number P1005, which was one of the first GT40s prepared by Shelby American in 1965 and first campaigned by France’s Scuderia Filipinetti. Based on a hand-welded aluminum tub with fiberglass body panels, it incorporates a potent 347/540 hp small-block Ford V8 engine with Gurney-Weslake heads, 5-speed manual gearbox, race-tuned suspension and an accurate hand-stitched black leather interior with right-hand drive.

The original GT40s finished 1-2-3 in the 1966 running of the 24 Hours of LeMans, breaking the long winning stranglehold on the race by arch rival Ferrari.

From its inception, the GT40 became more of an American product with each year of development.  As such, it took on the design principles that defined American automobiles of the era.  With the 1966 Manufacturers Championship in Ford hands, the GT40 project became one of the most influential projects in automobile racing. The GT40 not only provided a major victory for American talent, it showed the world that a car with a heavier, large-displacement engine was an acceptable platform in the world of GT endurance racing.

After its use in Fast Five, the car received a nuts-and-bolts restoration in 2014; it was refinished in Guardsman Blue with a Wimbledon White racing stripe, and heating and air conditioning were added. The car then was displayed as part of the Universal Studios tour..