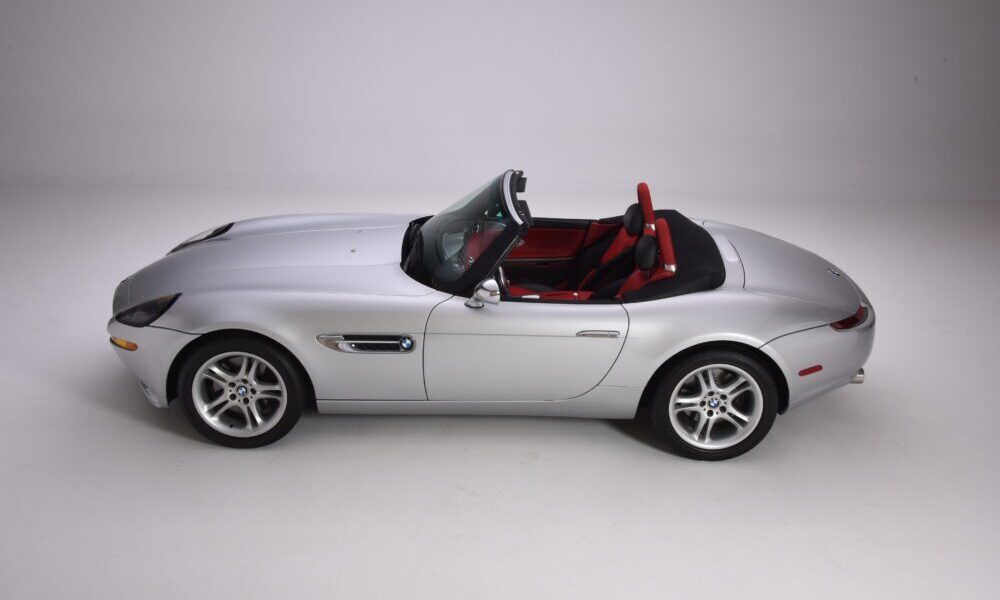 The BMW Z8 was originally designed by a team that included Henrik Fisker to celebrate the 50th anniversary of the iconic BMW 507. Although the classic body style evokes the spirit of 1950s auto design, it is built of aluminum, as is the spaceframe and suspension components.

The turn indictors are concealed until actuated, and modern equipment in the interior is hidden under retracting panels. Due to the limited volume of Z8 production, elements of the car were constructed or finished by hand, taking nearly 10 times longer than the production of a 3 Series sedan.

The engine is located behind the front axle to provide the car with 50/50 weight distribution. In keeping with the BMW 507’s heritage, the Z8’s engine is BMW’s most impressive power-plant. Making 0-60 in 4.2 seconds and a quarter-mile in 12.9 seconds with trap speed at 110mph, the car’s top speed is electronically limited to 155.4 mph.

Handling enhancements of the Z8 include stout anti-roll bars and twin-tube gas shocks to keep the car under control through the turns and “Dynamic Throttle Control,” which offers the driver the choice of two throttle settings: Sport or Normal.