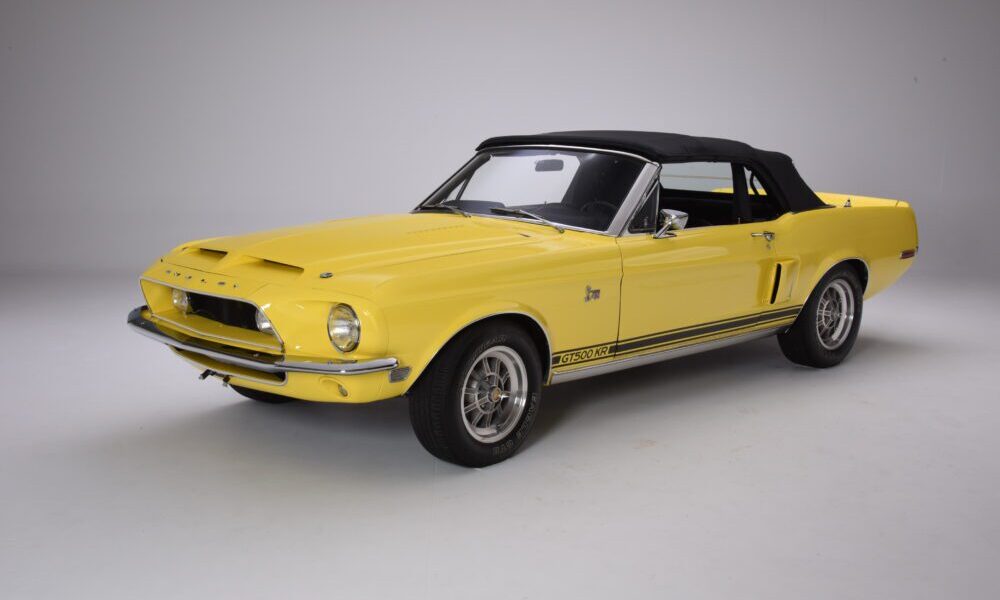 The 1968 Shelby Cobra GT500KR was a mid-year introduction that was based on the 1968 Shelby GT500. Ford added ‘Cobra’ to the Shelby name to indicate the launch of its new performance effort at the company. The Cobra name referred to the new 428 Cobra Jet V8, which powered the KR.

Mustangs were among the most popular cars on the road in the latter half of the 1960s. The cars that Shelby American had built from the base Mustangs were creating a performance image that has endured to this day. Ford and Shelby felt they could raise the bar even higher for flat-out speed when they adopted the brand-new version of the 428 Police Interceptor engine, which was fitted with improved-breathing heads and larger exhaust manifolds. This was dubbed the 428 Cobra Jet, and the package was known as the GT500 KR or “King of the Road”.

The King of the Road set impressive times for that era, making 0-60 in 6.9 seconds, a quarter-mile in 14.8 seconds, and boasting a trap speed of 103 mph and a top speed of 140 mph. Its enhancements included modified suspension and a redesigned front end, hood and rear end, which were made of fiberglass as an effort to reduce the car’s weight.

The GT500 KR is one of the most collectible Mustang-based Shelbys of all time. This collection’s King of the Road was originally a gift from tennis star Jimmy Connors to his then-wife: television producer and Playmate of the Year Patty McGuire.