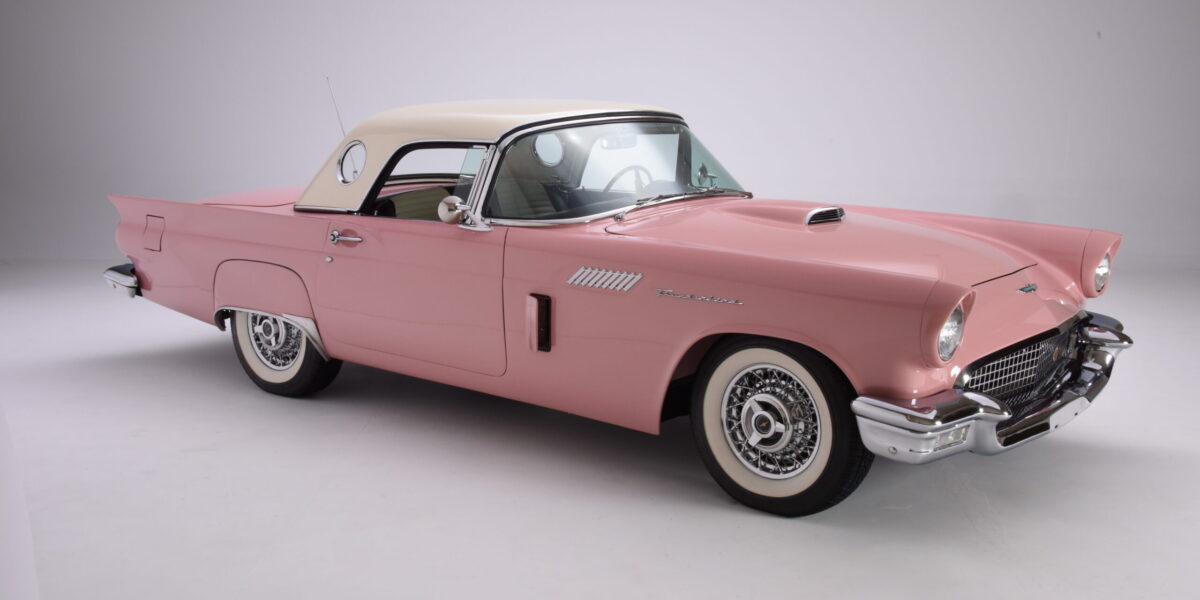 After WWII, GIs who had discovered two-seater sports cars while in Europe, began buying MGs, Jaguars and the like from overseas. There were no American-built sports cars until GM introduced the Corvette in 1953. Ford followed suit in 1955 with the Thunderbird, but the company did not market these cars as sports cars because they felt the market was too limited. The company preferred the moniker “personal car,” thinking it would appeal to a broader market.

The 1957 Thunderbird was the pinnacle of the first generation of the marque, but it was also the last year of the two-seater Thunderbird. It was a tremendous success, with over 21,000 sold and many potential sales unable to be fulfilled. Among the upgrades over previous years were the stylish rear fins and new padded dashboard, 14-inch wheels with white wall tires, and larger front brakes. The car also had a new combination front bumper/grille and longer rear end, which enclosed the spare tire.

The 1957 Thunderbird was a classic from the day it was introduced and remains so to this day. This is a claim few car models can claim..