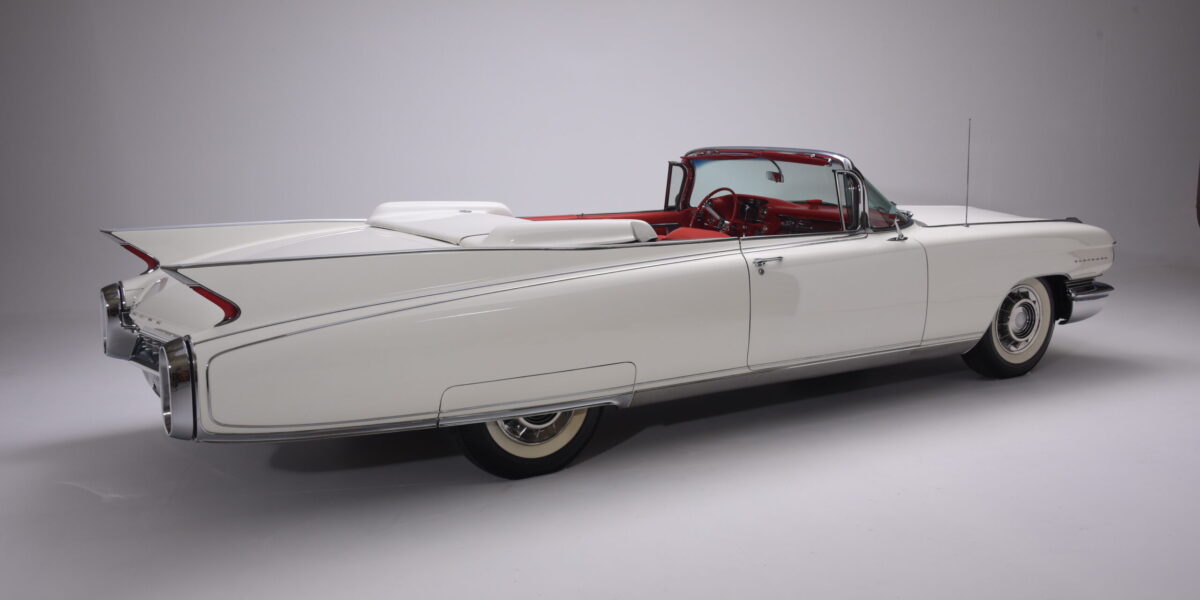 The Cadillac Eldorado Biarritz was at the top of the General Motors food chain in 1960. It was smoother and more restrained in style car than the ’59, which sported outrageous fins with bullet lights. The 1960 Cadillacs were priced at $13,075, which was $1 more than their older siblings. General Motors apparently did not have the expertise to build a convertible of the quality desired for the 1960 Cadillac Eldorado Convertible and contracted out the assembly to Pininfarina of Italy, with which the division had had a long-running relationship. Essentially, the Eldorados were hand-built in Italy.

Designer Harley Earl’s infatuation with big fins would lead the Eldorado to become one of the most exciting designs to hit the automotive world, and by 1960, everyone knew that if you were driving Earl’s sensuous Cadillac Eldorado Biarritz Convertible, you were driving the absolute best.

The equipment list on this stirring design included everything Cadillac could offer in comfort, convenience, and style in 1960. In an era where no design was too wild, the 19-foot-long Cadillac Eldorado Biarritz Convertible made an undeniably elegant statement about driving in luxury..