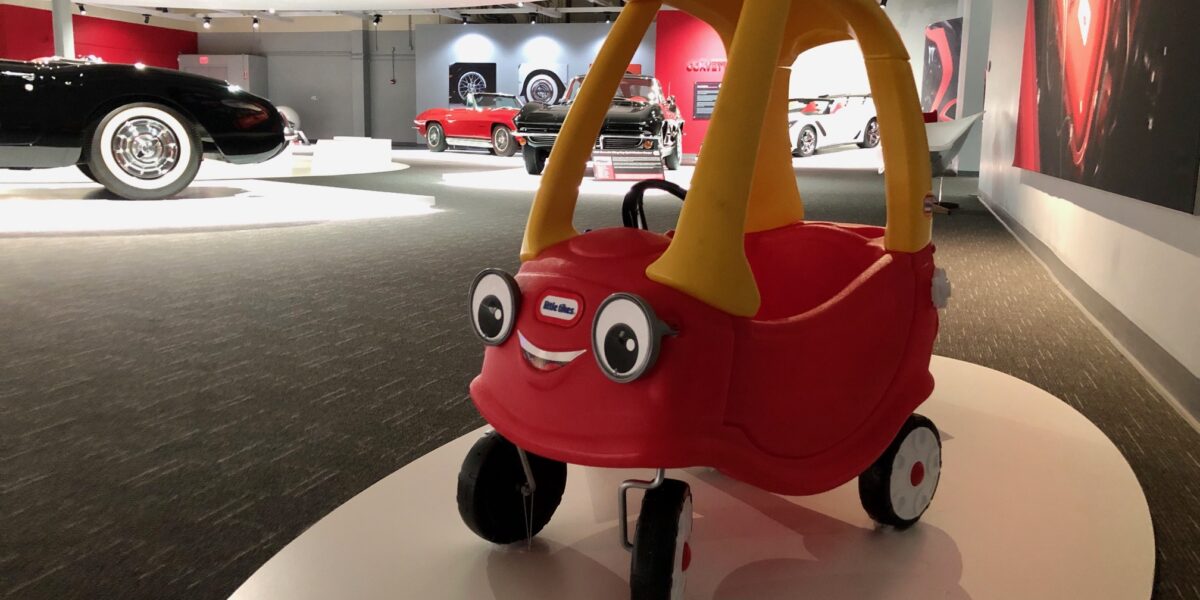 Power – 2- or 4-foot power (depending on passenger)

The car’s design, described as “a cross between a Volkswagen Beetle and Fred Flintstone’s vehicle,” was created by Jim Mariol of Cincinnati-based Design Alliance, who had worked as a designer at Chrysler starting in 1952.