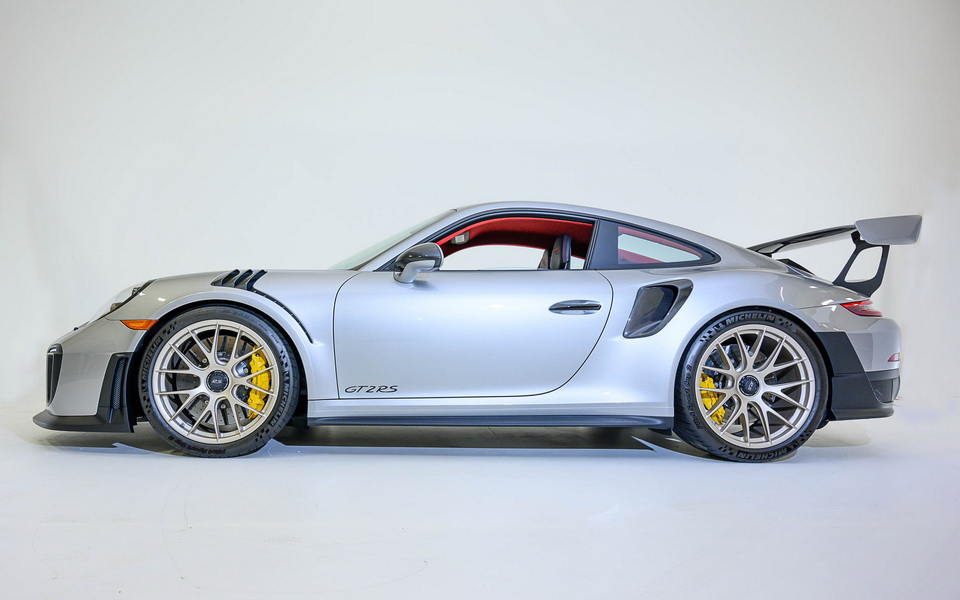 In Porsche’s 911 hierarchy, the GT2 nomenclature is reserved for its most ferocious models. The 2018 GT2 RS is the fastest 911 to ever lap the Nurburgring race course in Germany – the ultimate test for supercars.

For the first time, the GT2 RS did not come with a manual transmission. A human driver’s shifting abilities pale in comparison to the rapid, split-second shifts fired off by the advanced Porsche Doppelkupplung seven-speed dual clutch gearbox. It is that transmission that makes the GT2 RS capable of sprinting to 60 mph in just 2.7 seconds, going on to 124 mph in a mere 8.3 seconds before hitting an astonishing 211-mph top speed.

The optional $31,000 Weissach Package takes its name from a package with a similar light-weighting philosophy that was offered on the 918 Spyder hypercar (also on display here at the Newport Car Museum). The 911 GT2 RS package sheds more than 65 lbs. while adding track-ready features; the Weissach Package sheds an additional 40 pounds and includes the first carbon fiber stabilizer bars ever fitted to a production automobile. Carbon weave is used for its front hood and for its roof. Magnesium wheels shed 6 lbs. per corner. The standard roll cage was omitted from American-market models due to DOT compliance issues. In the U.S., the GT2 RS also included an infotainment screen and backup camera as well as air conditioning.

As the ultimate Porsche 911, the GT2 RS with the Weissach Package follows in the tire tracks of the automaker’s other showcase cars such as the 959, 996 GT1, and the 918. The lightweight 911 GT2 RS Weissach raised the bar for Porsche’s definitive sports car.