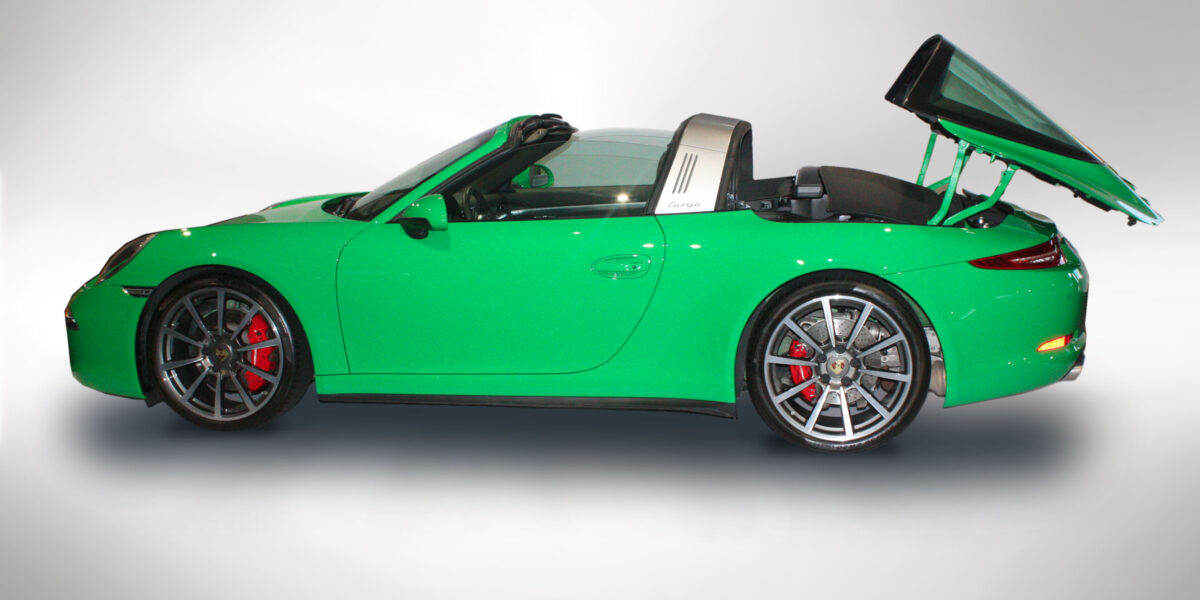 The Targa has been a stalwart of the Porsche 911 lineup since 1967 when Porsche – in anticipation of rollover safety requirements that would make it difficult for fully open convertibles to meet regulations for sale in Porsche’s important U.S. market – added a distinctive stainless steel-clad roll bar to the 911. Instead of a fully retractable top, the Targa sported a removable center panel and a plastic rear window.

Even though convertibles did not get banned in the U.S. as feared, the Targa model, with its distinctive roll bar, remained in the 911 lineup through 1989. Based on the latest all-wheel drive 911 (known as the 991), the new Targa was re-introduced in 2015 and pays clear homage to the original design but with a brushed-aluminum roll bar, an all-new roof technology and a distinctive curved-glass rear window.

When stowing the top, the Targa’s clamshell rear hatch moves up and back to form a Z shape. Next, two flaps on the sides of the Targa roll bar shoot open, and the top folds back to stow behind the rear seats underneath the glass. The flaps then close as the clamshell comes back down into position. The process, truly mechanical madness to watch, takes 20 seconds to complete.

The name Targa came from the Targa Florio sports car road race in Sicily, Italy in which Porsche had several victories until 1973. The “Paint to Sample” color on this car is Viper Green..