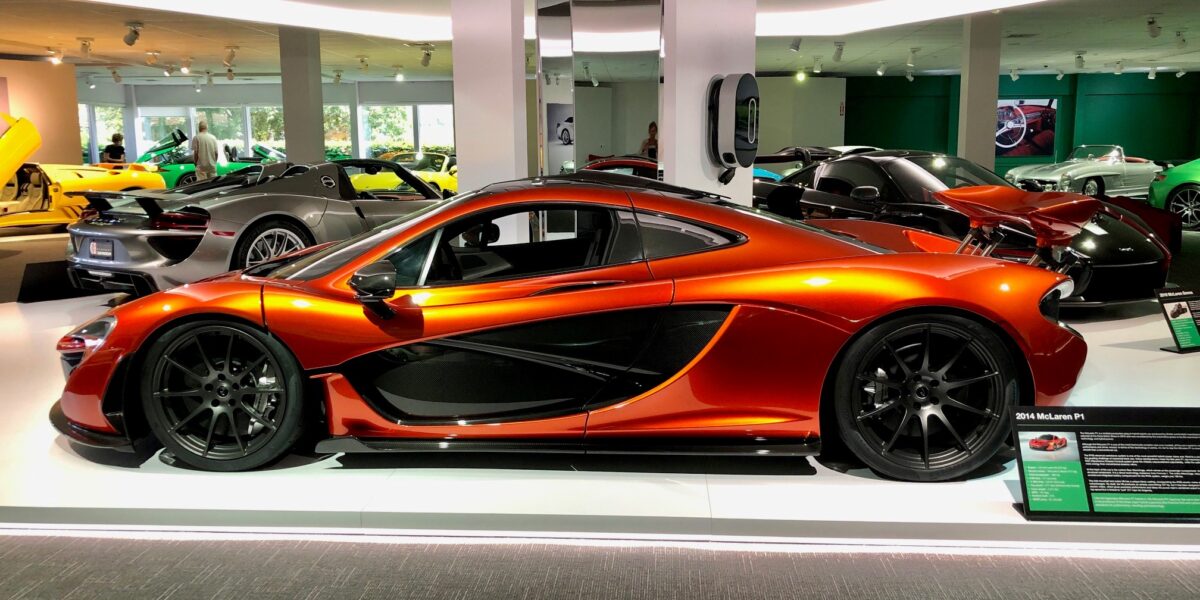 The McLaren P1 is a limited-production plug-in hybrid sports car produced by British automobile manufacturer McLaren Automotive. It debuted at the Paris Motor Show in 2013 and was considered by the automotive press to be the successor to the F1, utilizing hybrid power and Formula 1 technology.

Although the McLaren P1 is one of the most technically complex cars ever, all of the car’s systems work together to deliver both performance and driver reward. In terms of the technology it carries, it is fair to say the McLaren P1 is closer to the complexity of an aircraft than a conventional car.

The IPAS electrical assistance system is one of the most powerful hybrid power trains ever fitted to a car and has been designed to take on the grueling challenge of sustained track use. Active aerodynamics mean the McLaren P1 can maximize downforce and reduce drag, and the RaceActive Chassis Control system gives the chassis unprecedented adjustability while the carbon ceramic brakes absorb 50% more energy than conventional ceramic rotors.

At the heart of the car is the carbon fiber MonoCage which serves as the passenger compartment, the safety cell and the chassis’ major structural component. It is a direct technology crossover from Formula 1. The entire MonoCage, including the roof, engine air-intake snorkel and integrated battery compartment for the IPAS system, weighs just 198 pounds.

The mid-mounted twin-turbo V8 has a unique block casting that incorporates the IPAS electric motor. By itself, the V8 produces an already astonishing 727 hp, but it has been designed to work in conjunction with the 176 hp electric motor, which gives seamless performance and takes the power train’s combined output to 903 hp. The P1 has a theoretical 250 mph top speed but is limited to “just” 217 mph for longevity.

Like the legendary McLaren F1 before it, McLaren’s P1 hypercar has set a new benchmark for road legal super cars. The first of the three major hybrid supercars to see production (the Porsche 918 and LaFerrari came the following year), the P1 sets new standards for performance, handling and technology. The color on this car is “MSO Magma Orange.”