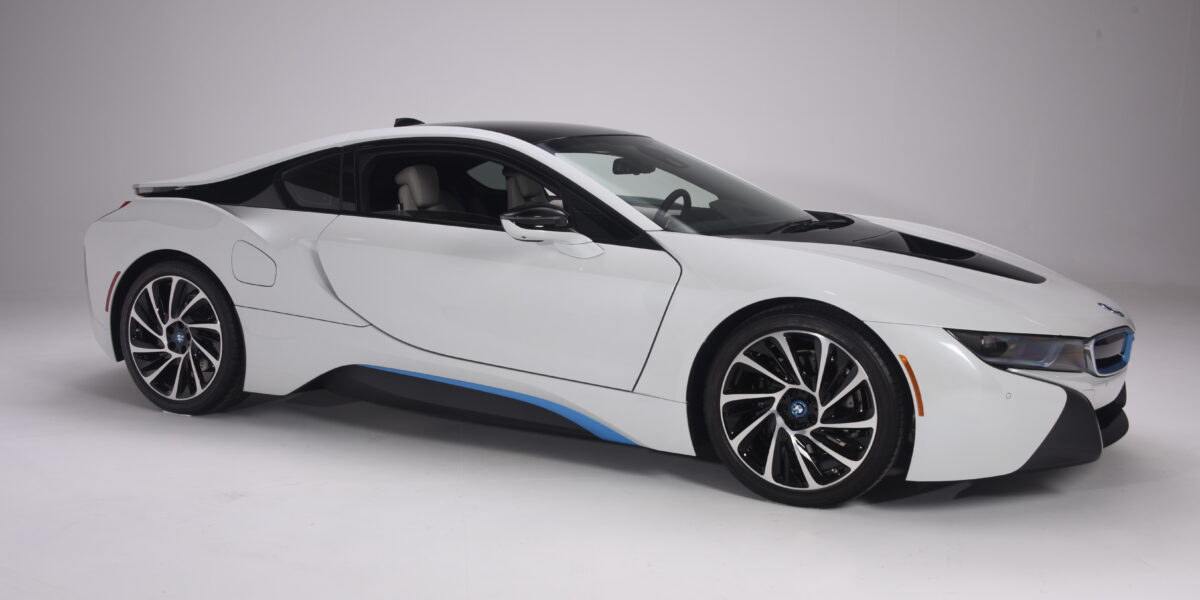 The BMW i8 doors swing up from the windshield pillars, almost like wings. Its body shell is made of carbon-fiber reinforced plastic, and the passenger shell rides on an aluminum chassis that absorbs frontal crash energy and houses not one but two powertrains.

An electric motor, rated at 96 kilowatts (129 hp) and 184 ft-lbs of torque, powers the front wheels and delivers all-electric running at speeds up to 75 mph. A liquid-cooled lithium-ion battery pack, with usable capacity of about 5 kilowatt-hours, powers that front electric motor. It is mounted in the tunnel between the seats, giving the entire car a low, sleek profile.

At the rear, a 1.5-liter turbocharged three-cylinder engine, rated at 228 hp and 236 ft-lbs of torque, drives the rear wheels through a six-speed automatic transmission. Its three driving modes – Max E Mode, Comfort and Sport – allow the car to run from electric only to maximum performance using both the electric motor and the internal combustion engine.

The BMW i8 is so quiet that at under 30 mph (in Sport mode) it broadcasts a pre-recorded “fake” engine sound to warn pedestrians of its approach.