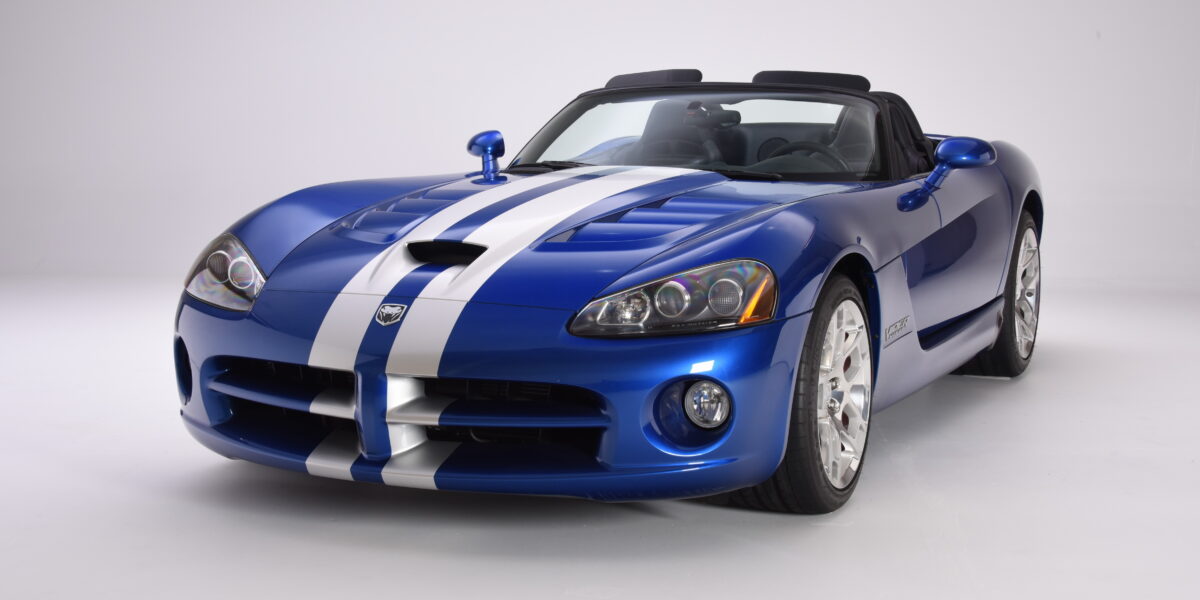 When the first production Vipers arrived on showroom floors in 1992, the public took notice and were in awe of its 400 hp V10 power plant and aggressive looks. With Carroll Shelby’s involvement in its design and its raw power, it was compared to the Shelby 427 Cobra. A true muscle car with a sports car profile amazed some but intimidated others.

The Viper chassis is constructed with a backbone tubular space frame with a separate cowl structure. Although the Viper boasts massive horsepower, it does not offer electronic driver aids, which makes for exciting launches from a standing start.

The 2008 Dodge Viper SRT10 offers several improvements over its previous iterations. First, the V10 engine is 8.4 liters, now producing 600 hp with 560 ft-lbs of torque – amazing numbers for its day. The engine is mated to a new 6-speed manual gearbox with a wider range of ratios and improved synchros. The Dana rear axle has a speed sensing, limited slip differential for improved traction.  Stopping from 60 mph is achieved in less than 100 feet and the Viper SRT10 will go from 0 to 100 mph and back to 0 in just over 12 seconds thanks to its front and rear Brembo dual opposing-piston calipers.

With its power-to-weight-ratio and performance, the SRT10 clearly moved the Viper into supercar territory.