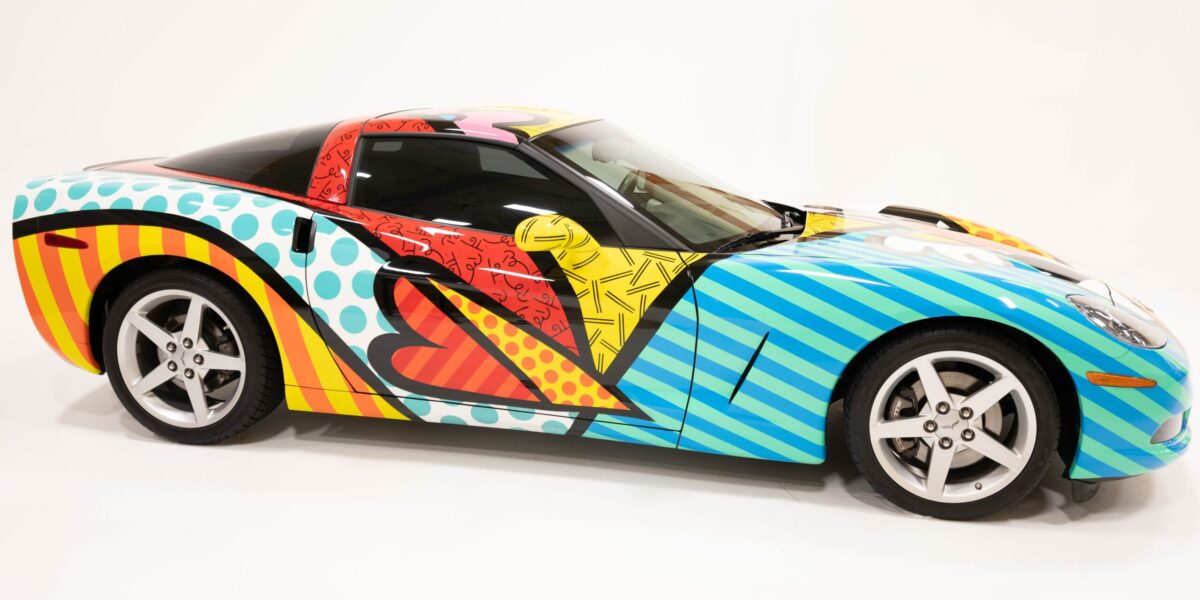 Brazilian-born and Miami-made, Romero Britto is an international artist that uses vibrant, iconic imagery and fun patterns to reflect his optimistic view of the world around him. Self-taught at an early age, Britto painted on scraps of paper, cardboard or any medium he could find before coming into his own and traveling to Paris where he was introduced to the works of Matisse and Picasso. His appreciation of these masters influenced him to create his own iconic style.

Britto’s work has been exhibited in galleries and museums in over 100 countries.  He has found commercial success through work with brand campaigns, especially with a commission for Absolut Vodka (along with Andy Warhol) in 1989 that helped to launch his career. Britto’s public installations can be found throughout the United States, Switzerland, and Brazil. He is considered the most licensed artist in history and has had many collaborations with international brands such as Audi, Bentley, Coca-Cola, Pepsi, Walt Disney, Universal Pictures, Evian, Carnival Cruise Line, and Hasbro to name a few.

Britto’s artwork is in the collections of heads of state, European nobility, international art collectors, and superstars of the sports, entertainment, and business worlds. Among those collecting Britto’s work are such celebrities as Michael Jordan and Arnold Schwarzenegger as well as Newport Car Museum founder Maggie Buerman. The car is a present to Maggie from her husband.

Britto’s work combines the intensity of the expressionists, the geometry of Cubism and the reference to mass culture in Pop Art. He masterfully uses his style, form and color to address a variety of social and political issues. Not a silent activist, Britto has donated time, art, and resources to more than 250 charitable organizations..