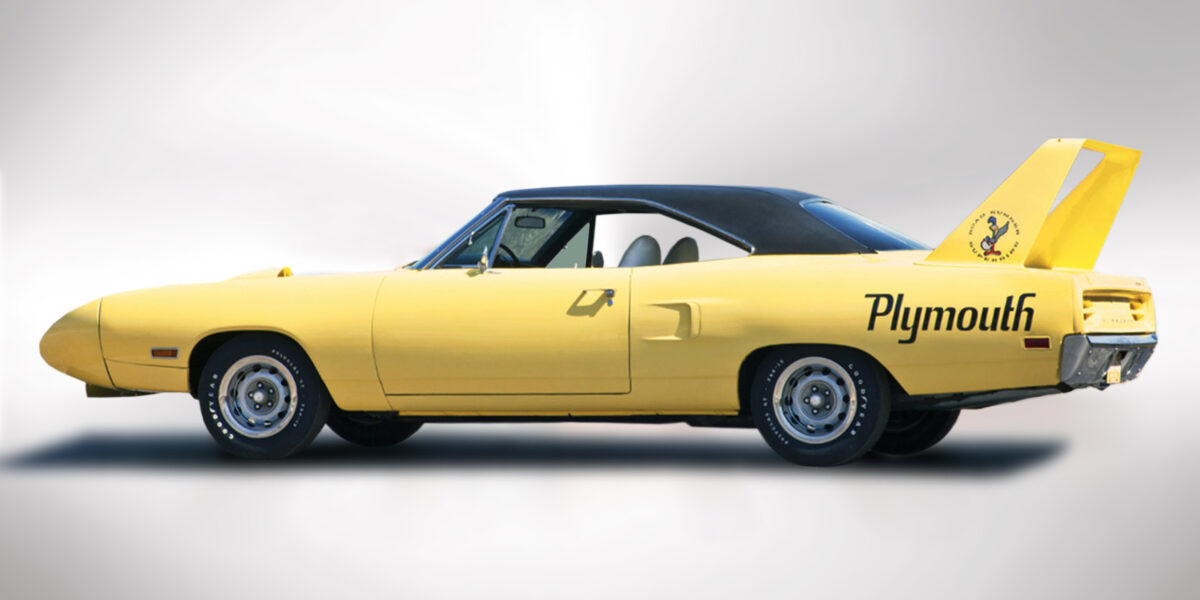 It is rare for an automobile manufacturer to design a car for the sole purpose of enticing a former race car driver to rejoin its race team. Such was the case when Chrysler’s Plymouth division created an aero-car from its Road Runner model called the Plymouth Superbird. When Richard Petty left Plymouth’s NASCAR team for Ford in 1968, Plymouth wanted the popular driver back in its ranks, and it was determined (correctly) that this car would lure him back.

Upon Petty’s return in 1970, the Superbird won eight races and regularly finished in the lead pack. For 1971, however, NASCAR felt that the aero-cars, reaching over 200 mph, were exceeding the technology of their tires. NASCAR, therefore, limited the displacement of the aero-cars to just 305 cubic inches; the alternative was to increase the weight significantly more than their competition, which would render the aero-cars uncompetitive. The rules change forced Plymouth to cease production of the storied Superbird after only one year.

The 1970 Plymouth Superbird (this one in Lemon Twist Yellow) is now one of the most sought-after muscle cars of the era. The high-mounted rear wing and protruding nose cone of the street version of the Superbird improved downforce at high speed. The sound of the horn on the Superbird is “beep, beep!”– just like the noise associated with the old Road Runner cartoons featuring the speedy-yet-flightless bird and his constant pursuer Wile E. Coyote..