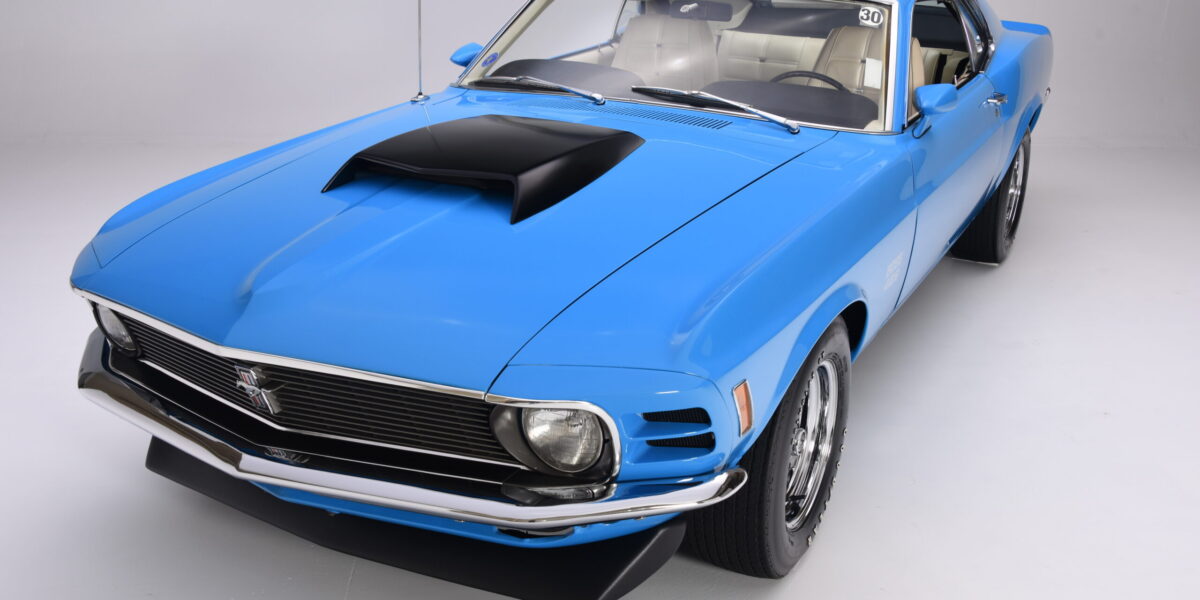 The legendary Mustang Boss 429, sometimes referred to as the “Boss 9,” was produced for only two years, with 859 cars built in 1969 and 499 cars built in 1970. Along with the limited production, the exceptional performance of the Boss 429 Mustang has made it one of the rarest and most sought-after Mustangs within the muscle car market.

The massive 429 CID engine is a Semi-Hemi engine V8 that was derived from Ford’s 390 CID engine and intended for NASCAR’s Grand National Division series (now called Sprint Cup Series). Ford hoped to challenge Chrysler’s 426 Hemi with this engine; the Boss 429 was underrated at 375 hp and actually developed over 500 hp, with stock examples capable of quarter-mile times under 14 seconds and mildly modified versions easily dipping into the 12s. Production required many modifications, including cutting and relocating the shock towers to accommodate the monster engine. (This was not done by Ford but by Kar Kraft and outside suppliers.)

The massive hood scoop was a dead giveaway as to what was under the hood. Features included a standard Toploader four-speed transmission, spoilers, chrome 15-inch Magnum 500 wheels, competition suspension, power front disc brakes, an oil cooler, a trunk-mounted battery, a 3.91:1 Traction-Lok differential and the interior decor package.

The BOSS 429 Mustang was the ultimate “pony car,” a term inspired by the Mustang that describes an affordable, sporty coupe with a long hood and short rear deck..