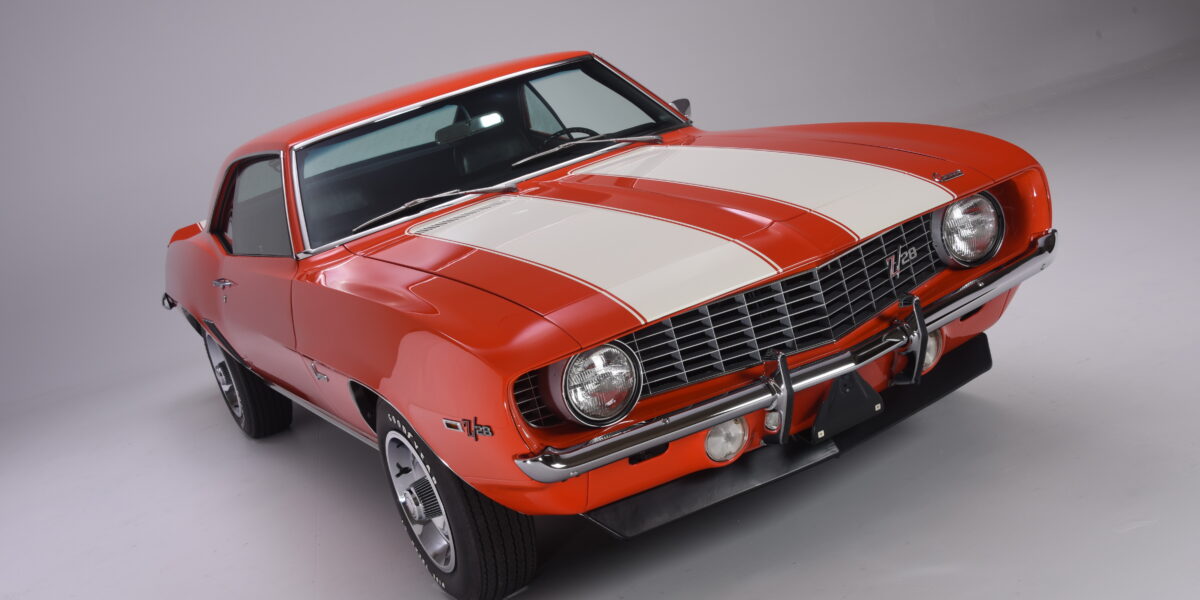 There has never been a more hard-fought race series than the Trans Am races of the late ‘60s and early ‘70s, featuring history’s greatest racing legends such as Donohue, Posey, Follmer, Jones, and Titus. It pitted the pony cars of the day – Mustangs, Camaros, Trans Ams, Javelins and more – in fender-to-fender racing. With strict displacement and weight rules, the cars were evenly matched.

Chevrolet entered the series in 1966 with the Z/28 Camaro; it had to homologate an engine that came in under the Trans Am displacement limit of 5.0 liters (305 CID). The existing 283 CID engine was not stout enough, and its 327 engine was too large, but Chevrolet engineers deduced that mating the 4” bore of the 327 engine with the three-inch stroke of the 283 engine provided an ideal swept volume of 302.4 CID. This was a tried-and-true combination that racers had used before, and it met the SCCA’s legal 305 CID ceiling. The solid-lifter 302 CID V8 with a 780 cfm four-barrel carburetor was exclusive to the Z/28. Dynamometer tests at close to 400 hp made a joke of its 290 hp rating. Dealer-installed dual four-barrel carburetor options were offered as well as headers and four-wheel disc brakes.

A true race car that could be bought from the dealer and driven on the street, the Camaro Z/28 reached its zenith in 1969. In the Trans Am series, the Penske team – with Mark Donahue at the wheel – trounced Ford to win its second series championship.