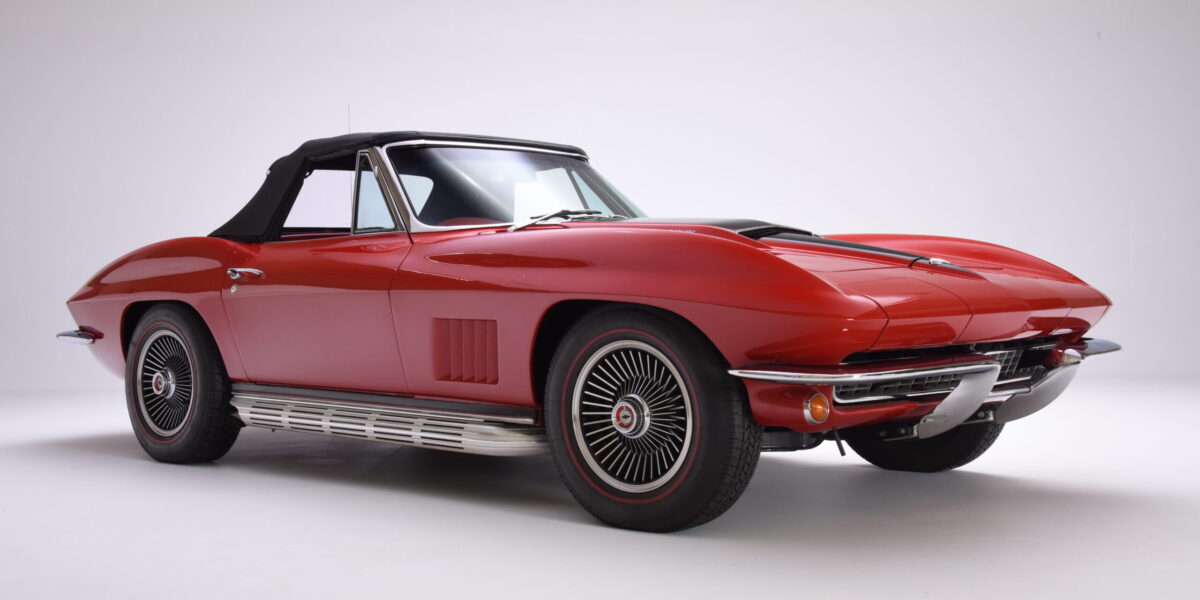 1967 was the last year of the second generation of Corvettes (C2s), and with five years of development it was widely felt that the ’67 Stingray Coupe was the best of the series. Car and Driver magazine’s 400,000 readers awarded the 1967 Corvette Stingray 427 the “Best All-Around Car of the Year.”

As GM prepared for Corvette’s third generation they kept the 1967 Corvette clean with most of the trim removed, including the badging on the hood and the flags on the fenders. For 1967, the Corvette sported five-slot functional vents on the side fenders that made the car look even more like a stingray!

The car’s interior was improved with safer and more comfortable seats. Big-Block cars have a large air scoop, known as a “stinger,” over the center bulge, replacing the “power-blister” of previous years. Dual taillights were added instead of the previous single light and optional back-up light. The back-up lights in 1967 were mounted above the license plate.