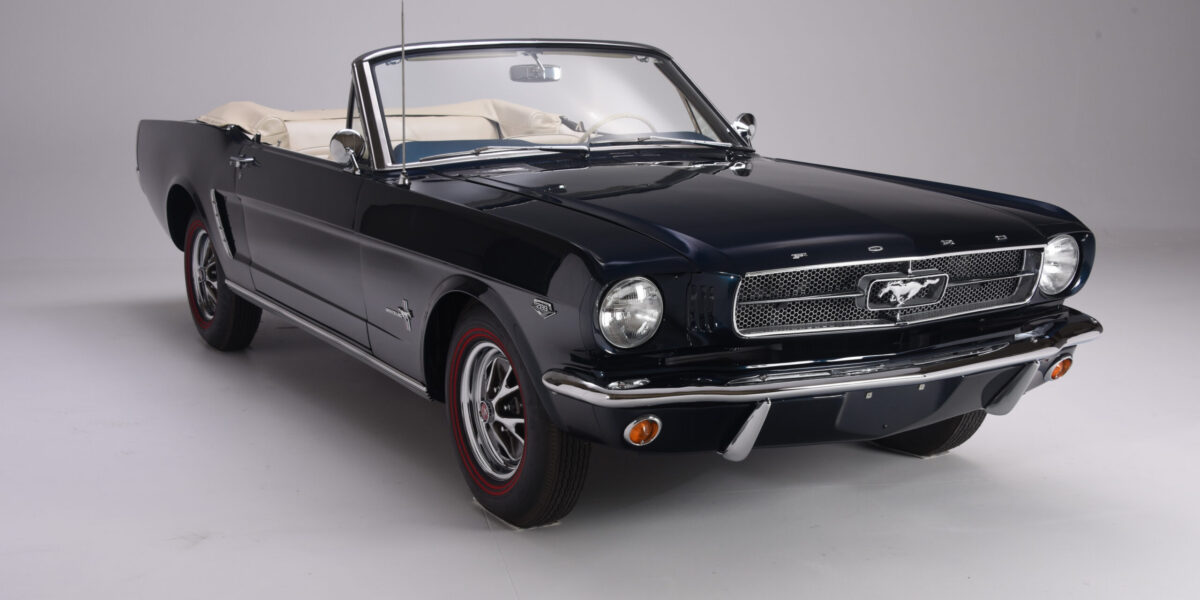 The Ford Mustang was debuted as a 1964 ½ model with much fanfare at the 1964 New York City World’s Fair and simultaneously at showrooms across America where almost 22,000 of them were immediately snapped up by buyers. The 1965 K-Code Mustang Convertible was a very special and rare car in the Mustang lineup.

The K-Code Mustang engine also differed from the standard Mustang 289. The engine featured upgraded pistons, cylinder heads, carburetor, lifters, heads and connecting rods as well as a high-performance clutch, drive shaft, rear differential, and suspension. Carroll Shelby even put this engine in his Shelby GT350 Mustangs. In fact, the first Shelby Mustang, the Shelby GT350R– of which only 34 were built and one (number 31) is here in the Newport Car Museum – featured a modified K-Code engine. It was rumored the1965 K-Code Mustang Convertible was really a Shelby GT350 convertible without the Shelby badging.

Approximately 1.7 million Mustangs were produced in the car’s first three years of existence, and less than 1% of those were equipped with K-Code engines. In total, only 13,214 K-Code Mustangs were ever produced; there is no specific breakdown by body style, but the number of K-Code convertibles produced is widely agreed to be staggeringly low.