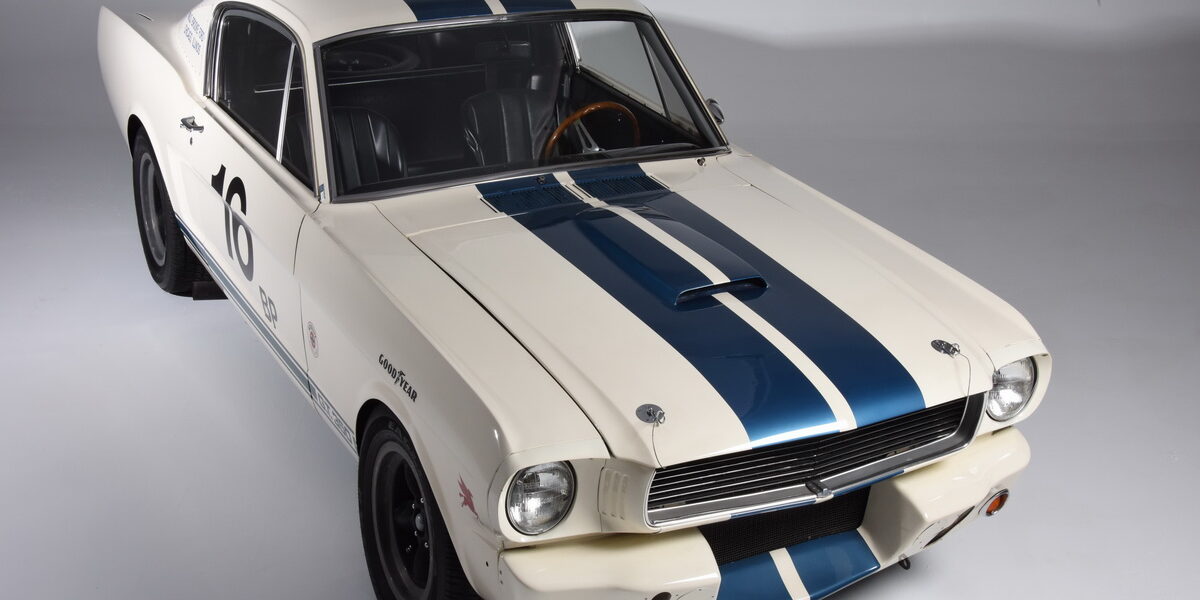 The Ford Mustang Shelby GT350R was a turnkey flat-out racing machine, which came about after Lee Iacocca, then president of Ford Motor Company, twisted Carroll Shelby’s arm to develop the Mustang GT350 sports car into a world-class race car. Shelby thought Ford’s new ’65 Mustang looked like a “secretary’s car” but reluctantly agreed. Only 33 ’65 Mustang Fastbacks plus one prototype were converted, and they were successful right out of the box.

The first GT350R made its debut in SCCA competition at the Green Valley Raceway in Texas. With Ken Miles driving, it ran in three events that weekend and won a preliminary race and finished second in the two feature heats. After that great debut, the rest of the cars hit the SCCA racing circuit, with Jerry Titus winning the 1965 SCCA B Production Championship, the Championship run-offs at Daytona and many other racing events throughout the late 1960s. 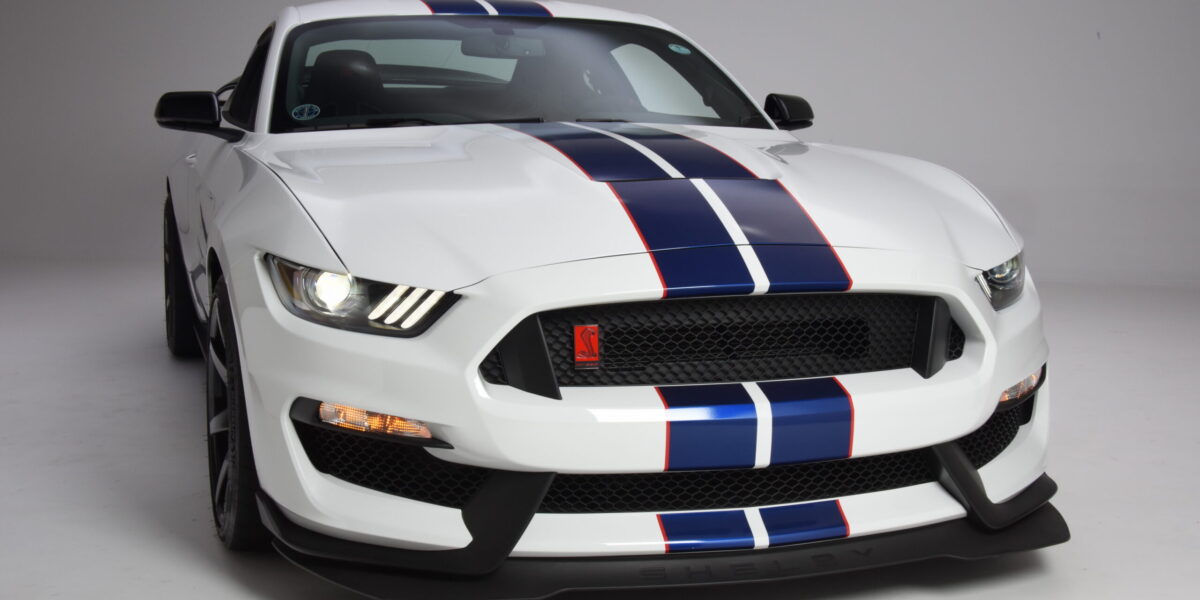 In 2015, to commemorate the legendary Shelby GT350R’s 50th anniversary, Ford produced 37 cars to honor the 37 GT350Rs that were built by Carroll Shelby in 1965. Those cars went on to win many events, including the SCCA National Sports Car B Championship, and this car shares the same build number – #27 – as the collection’s authentic 1965 Ford Mustang Shelby GT350R. Both are street legal race cars.

The 2015 GT350R benefits from numerous aerodynamic tweaks, chassis improvements, and weight reduction. Ford has stated that this is a track-focused car, and it is devoid of parts not contributing to lower lap times. There is no stereo, no air conditioning or spare tire (although some of these options may be ordered).

With weight being a critical factor in the performance of a track car, the GT350R utilizes carbon fiber wheels for a reduction of 13 lbs per each. (The GT350R weighs in at 130 lbs lighter than the regular GT350.) Contributing to the superb handling of this car are the Michelin Pilot Sport Cup 2 tires, and the finishing touch is the aero package that includes lower ride height, a rear diffuser, a front splitter and carbon fiber rear wing.

The R doesn’t stand for outrageous but it might as well: this is one muscle car that not only flies off the line and down the straightaway but also is very nimble and stable through the corners.