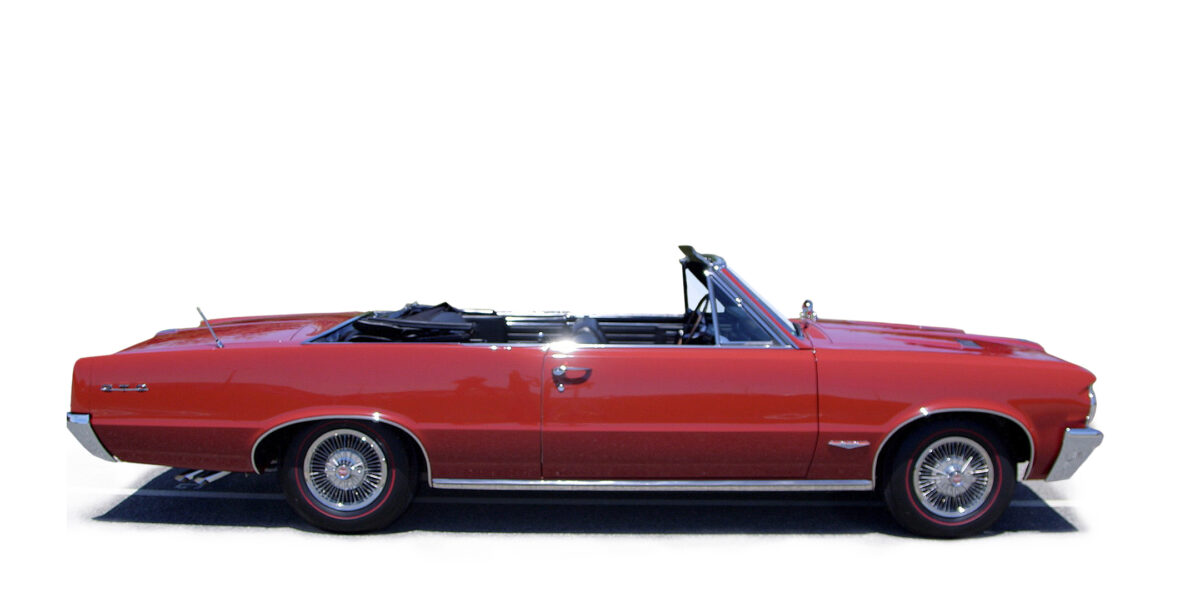 When the GTO became available in 1964 as an option on the Tempest LeMans it caused a sensation; the affordable, good looking car featured incredible performance and distinctive differences in appearance and performance options over the standard LeMans.

John DeLorean was responsible for the GTO’s creation, which involved transforming the upcoming second-generation Pontiac Tempest into a “Super Tempest” or “Grand Tempest Option”, with the larger 389 CID Pontiac V8 engine from the full-sized Pontiac Catalina and Bonneville in place of the standard 326 CID V8. The complete performance package included stiffer suspension with specially-valved shock absorbers, a seven-blade 18” fan complete with cut-off clutch, dual exhaust system, special 14” wheels with 6”-wide rims (fitted with red-stripe premium, nylon-cord, low-profile tires), and a 10.4” Belleville clutch with grey-iron pressure plate for manual transmission cars and optional 3 two-barrel carburetors (TriPower). In addition, there was special trim and identification medallions. By promoting the big-engine “Grand Tempest” as a special high-performance model (GTO package for $296), Pontiac thought it could appeal to the speed-minded youth market.

The GTO was so popular that shortly after its release the rock group Ronnie & the Daytonas released its single “Little G.T.O.” It reached No. 4 on the Billboard Pop Singles chart and sold over one million copies. .