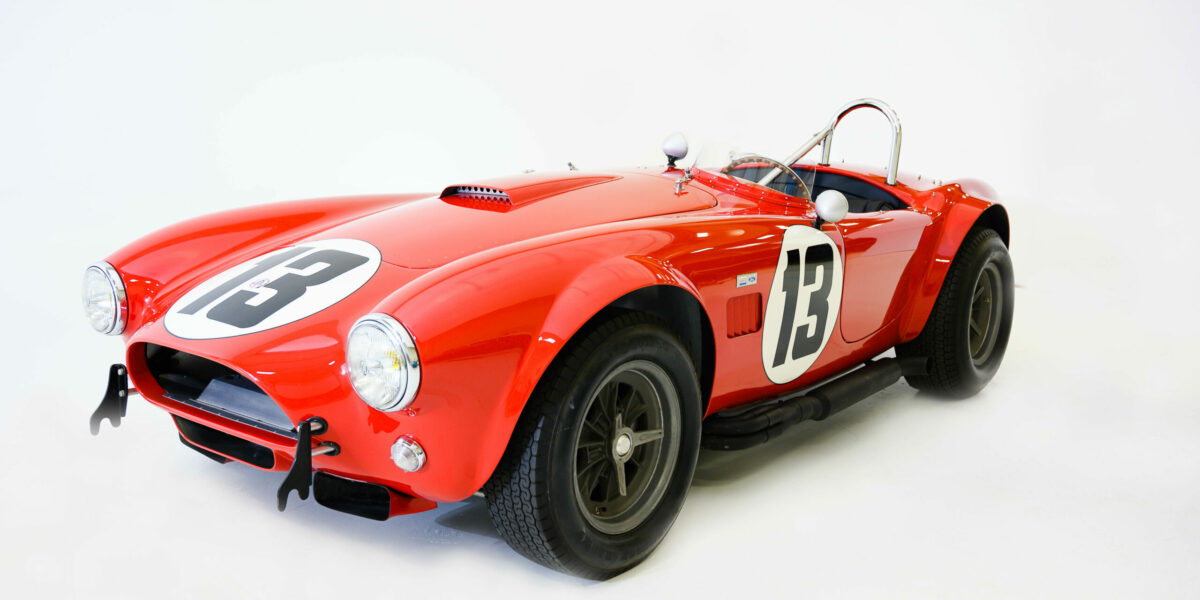 This 289 Cobra Factory Team car CSX2430 is one of 32 full race specification cars prepared by Shelby American for race driver Tom Payne. Payne was a racer, businessman and would-be-politician who once raced on a Canadian track wearing a Glen Plaid suit; he had run out of time to change into his driver’s coveralls before the event. The stunt earned him the nickname “Gentleman Tom.”

Built specifically as a factory racing Cobra for Payne, CSX2430 was constructed with fender flares, FIA-certified Halibrand wheels, a chrome roll bar, a hood scoop, racing-specification brakes with cooling ducts, side exhausts, dual fuel tanks, an oil cooler, a differential cooler, a racing seat, a Sun tachometer, and a fuel pressure gauge. Beneath the hood was a competition-spec 289 CID V-8, fed by a quartet of Weber 48 IDM carburetors and sending roughly 400 horsepower through a Borg-Warner T-10 four-speed transmission.

Despite its extensive racing history, this Cobra 289 has suffered no significant damage over the decades. In 1985 it was restored, and for the next 25 years it remained on display at the Shelby American Collection in Boulder, Colorado.