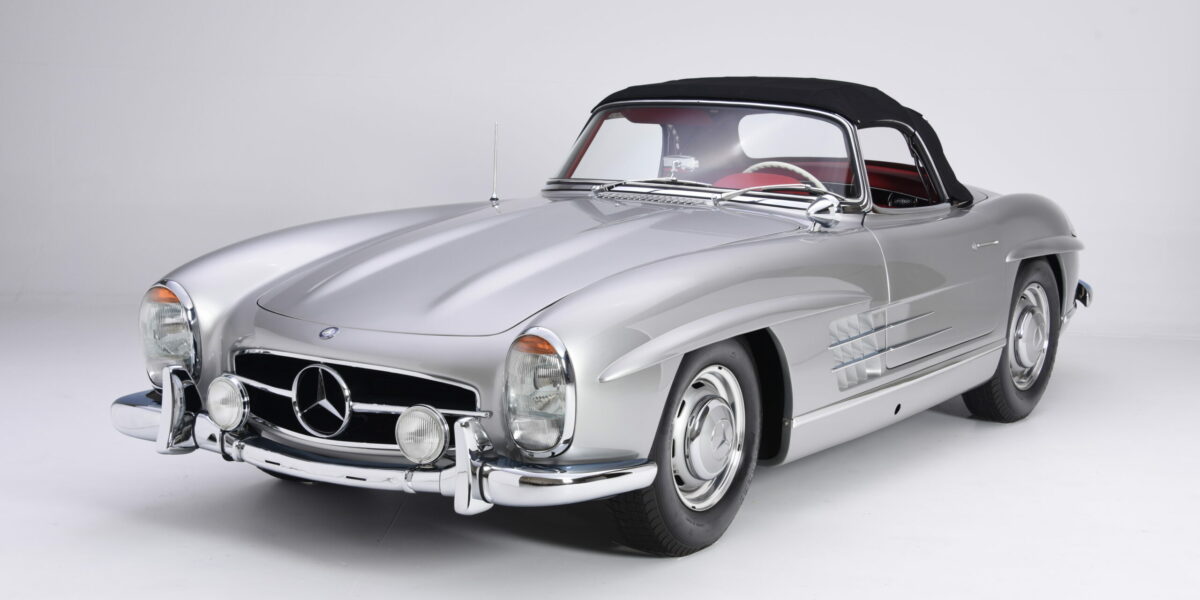 The Mercedes-Benz 300 SL was inspired by the W194 race car that won the 24 Hours of Le Mans in 1952 as well as the Nürburgring and Mexico’s Carrera Panamericana that year. The 300 SL “Gullwing” race car was so successful that American Max Hoffman placed an order for 1,000 road cars to be built. Daimler Benz had no plans to build a road car from this design but decided to accept the New Yorker’s order, hence the 1954 birth of the 300 SL road car.

Initially, the car was a coupe with its iconic gullwing doors, which were a result of having to have the engine exhaust exit through the car’s rocker panels. Subtle changes made to the road car included slanting the engine to the left side for it to fit beneath the lowered aluminum hood. Chrome bumpers and side vents on the front fenders were added for engine cooling. The exceptional performance of the road car and its magnificent good looks resulted in an immediate success story.