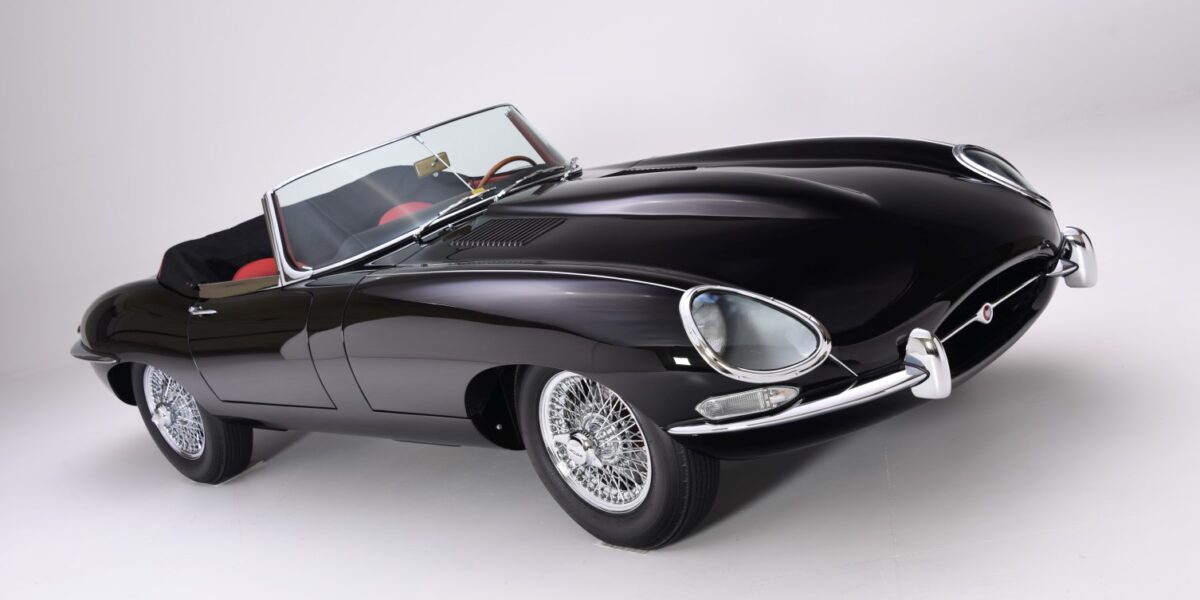 The XKE, or E-Type, was intended as the next-generation replacement to Jaguar’s XK120 and XK150 series of sports cars, and its design was the culmination of lessons learned from that series during road use and from the three-time Le Mans winning D-Type sports racer in the heat of competition. The central steel monocoque, with a front sub-frame supporting the engine and independent front suspension, contribute to the E-Type’s excellent handling.

The magnificent combination of design and performance resulted in a mass-produced supercar whose appeal has endured for decades. These days, Historic and Vintage Races are regularly dominated by race-prepared E-Types, which has extended the legacy of the marque.

This E-Type represents, quite simply, the most iconic British performance car of its era.