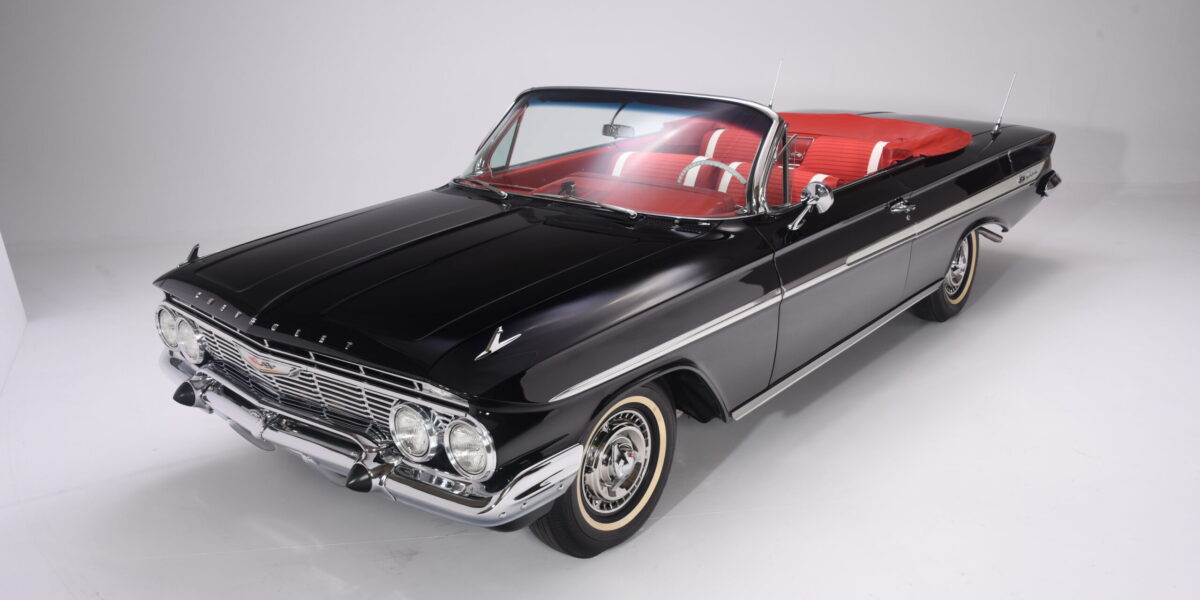 “The first Muscle Car” – In 1961 Chevrolet decided to fine tune the company’s performance image and boost sales further by offering a “Super Sport” package on its full-sized Chevrolet Impala. The “SS” package was introduced late in the model year with an “all new” 409 engine option.

The 409 engine was basically a bored out Chevrolet 348 CID V8, but it quickly became known as “the truck engine designed for drag and stock car racing.” After only 142 engines were issued, production problems halted the 409 option until 1962. Most of the 1961 Super Sports were not equipped as 409s. Only 142 of the 1961 Super Sports were equipped with a 409, and only a handful of those were convertibles.

The dealer-ordered SS kit was a $53.80 option and could be factory or dealer installed, but it required at least a 348 CID motor as well as SS badging, heavy duty springs, shocks, power steering, black (instead of body color) wheels and sintered metallic brakes.