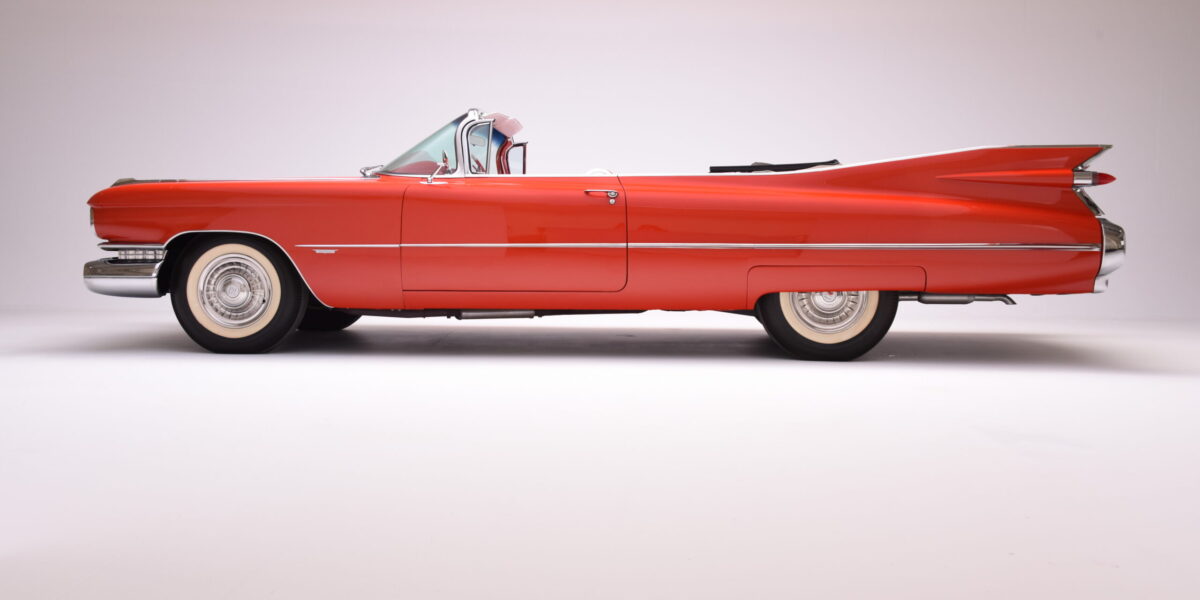 Of all the automobiles designed during the “Jet Age,” perhaps none were as extreme in looks as the 1959 Cadillac. GM Design Chief Harley Earl was enamored with jet aircraft, and his influence was clearly evidenced by the car’s astonishing attributes: giant tail fins rising 42 inches off the ground; massive chrome bumpers; dual bullet tail lights; and dashboards looking as if they were borrowed from a jet fighter.

The term “Wretched Excess” was coined to describe cars in the late 1950s, and the 1959 Cadillac, with its 20-foot-long, low slung profile was the most wretchedly excessive of them all. It exhibited the kind of material excess to which most Americans aspired and represented the collective prosperity felt by the nation after World War II.