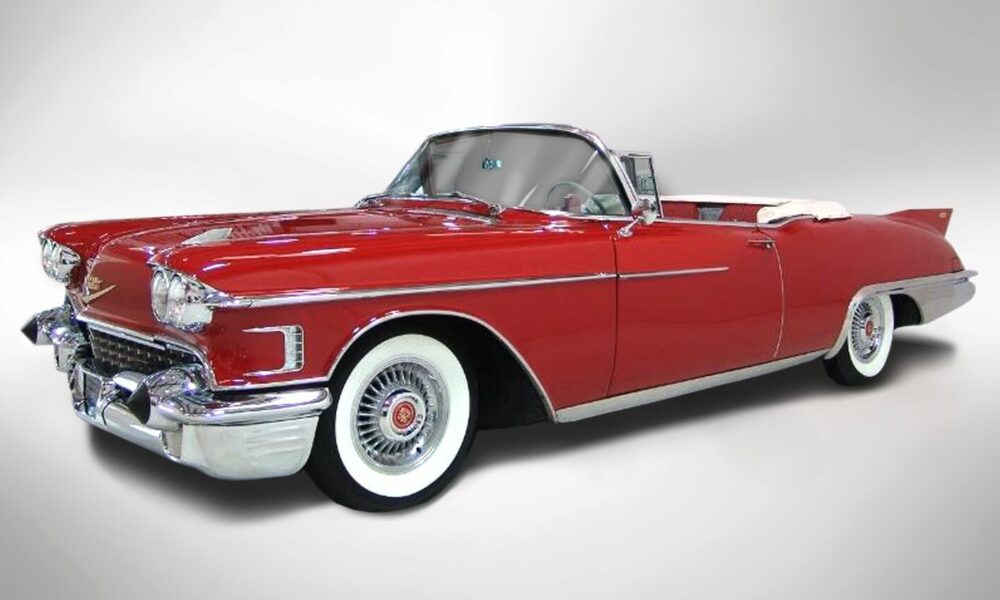 The Jaguar XK140 was a sports car manufactured between 1954 and 1957. It was an updated version of the XK120, Jaguar’s iconic post-war sports car that claimed 120 mph top speed (hence the number in the name). The updates included better brakes, rack-and-pinion steering, and modern tube-type shock absorbers instead of the older lever-arm design.

Jaguar was victorious at the 24 Hours of Le Mans in 1953 when British drivers Tony Rolt and Duncan Hamilton won the race in their factory-entered Jaguar C-Type. The company used the occasion to promote the introduction of the XK140, claiming in their sales brochures that “All the accumulated wealth of knowledge and experience gained in the hard school of racing have been built into the new XK140 models….”

The Jaguar XK140 Roadster was the British supercar of the 1950s.